Sarabhai vs Sarabhai was not like the comedy TV serials that we see today. The tale of the Sarabhai family was funny in every way and the cast wowed everyone with their performances. So, when the news came that the show is returning to out lives, fans found it difficult to contain their excitement. Here’s another piece of information that will make the fans happier.

Grapevine is abuzz that Sarabhai vs Sarabhai to television screens as well. The team of Sarabhai vs Sarabhai had earlier planned to release the new season as web-series lasting ten episodes. But, after the reception they received post a Facebook live, they are pondering to make a comeback on TV as well. If this happens, the show is likely to return on any of the channels of Star.

An insider having information on the same told  a leading tabloid, “Recently, the makers of the show unveiled the cast’s new looks through a live video, that got a phenomenal response. It crossed 2.4 million views within 24 hours! It shows that the serial starring Satish Shah, Ratna Pathak Shah, Sumeet Raghavan, Rupali Ganguly and Rajesh Kumar has a lot of nostalgia attached to it and people can’t wait to revisit it. Right now, it is planned as a 10-episode web series with a seven-year leap in the show. But looking at the response, the makers are pondering whether they should also bring it back on TV. They will soon take a call on it.” 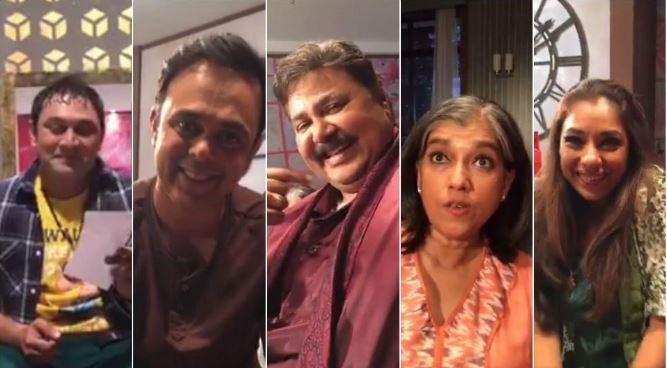 Also read: Here’s what you can expect from the second season of Sarabhai vs Sarabhai

Double the fun for fans, right?

Also read: As Sarabhai Vs Sarabhai returns, let’s refresh your memory with these lame poems by Rosesh [In pics]

The Facebook live that is being discussed gave a sneak peek into the life of Sarabhai family. The story will take a leap of seven years and will also feature Monisha and Sahil’s son. Revealing about the character of the son, Deven Bhojani, who plays the role of Dushyant in the show, said that the little one is the perfect combination of Sahil and Monisha’s traits. We can’t wait for the show. Can you?