Television actor Ruslaan Mumtaz who shot to fame with his character Chris in Balika Vadhu is currently enjoying his vacations in Mauritius. Ruslan flew along with his wife Nirali Mehta on the occasion of Valentine’s Day. The actor has shared a lot of pictures from his vacation and one of the pictures is creating a lot of buzz in the social media.

Ruslaan Mumtaaz and his wife Nirali are a doting couple. They ensure to spend quality time with each other.Their Instagram account is filled with the lovey-dovey pictures. In one of the pictures, the actor can be seen kissing his wife on camera. The picture has received nearly 5k likes. 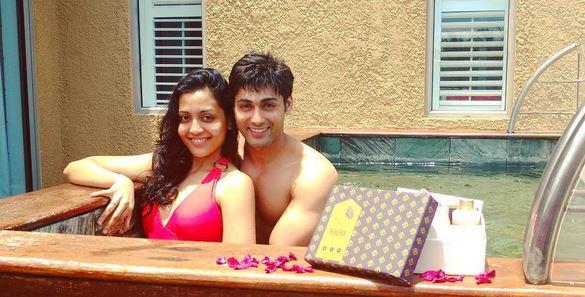 The picture is clicked at a picturesque location where the couple can be seen posing in the middle of the ocean. The actor wished Valentine’s Day with his fans by sharing this picture. Ruslaan Mumtaaz wrote, “Happy valentine’s day. Spread the love.” 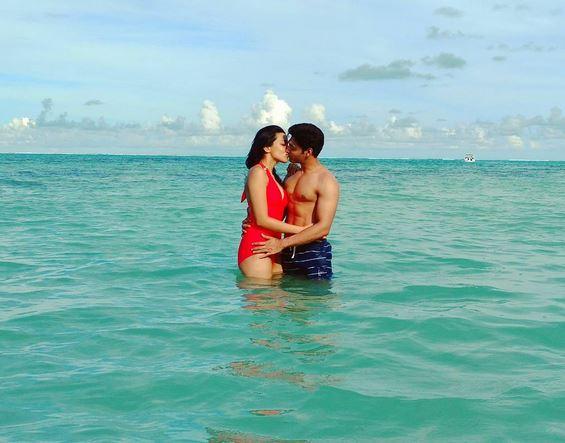 Ruslan Mumtaaz’s wife can be seen sporting a pink bikini whereas the actor is seen wearing blue trunks. This awesome photo is not the only one that needs to be mentioned. In another photo, they can be seen posing happily together in a bath tub. The couple looks awesome in the pictures and it seems they are having a gala time in Mauritius. Their candid pictures are giving us some solid relationship goals.

Ruslaan Mumtaaz’s initial stint in films gave him popular recognition. His film Mera Pehla Pehla Pyaar garnered him a huge fan following. Apart from this film he also starred in Tere Sang. When it comes to television, the actor has worked in MTV F,  Yeh Hai Aashiqui, and Kehta Hai Dil Jee Le Zara.  Here is a couple of pictures from his social media account that will leave you all speechless.