Karan Johar’s celebrity chat show Koffee With Karan is here with its season 5 and it promises more fun, gossip, and a hamper to die for. The first episode of the show featured Alia Bhatt and King Of Romance, Shah Rukh Khan, who will be seen together in Dear Zindagi, which is releasing on 25 November this year.

The episode was super amazing to watch and the viewers were left awestruck. And now ladies and gentlemen, the most awaited episode which is going to be the best from all seasons so far will see none other than Ranbir Kapoor and Ranveer Singh together for the first time in the history of any chat show! 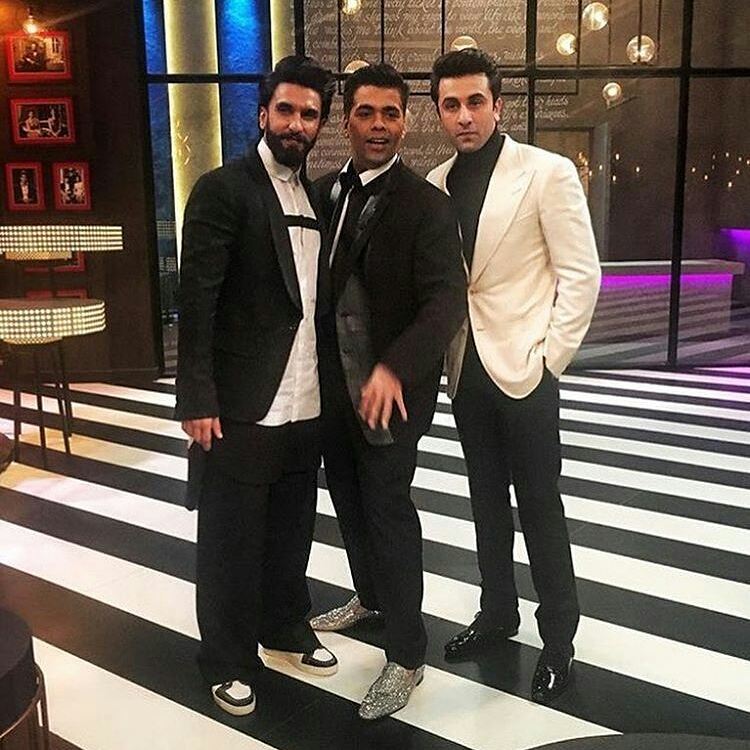 A picture of Ranbir and Ranveer from the sets of the show was leaked two days back and in no time took the internet by storm. No wonder what will happen once it gets aired. But it looks like some of the things they have said has already been leaked. According to reports, Ranveer imitated Ranbir’s ex-girlfriend Katrina Kaif and Ranbir played along. In one of his answers, RK also said that he is not heartbroken. 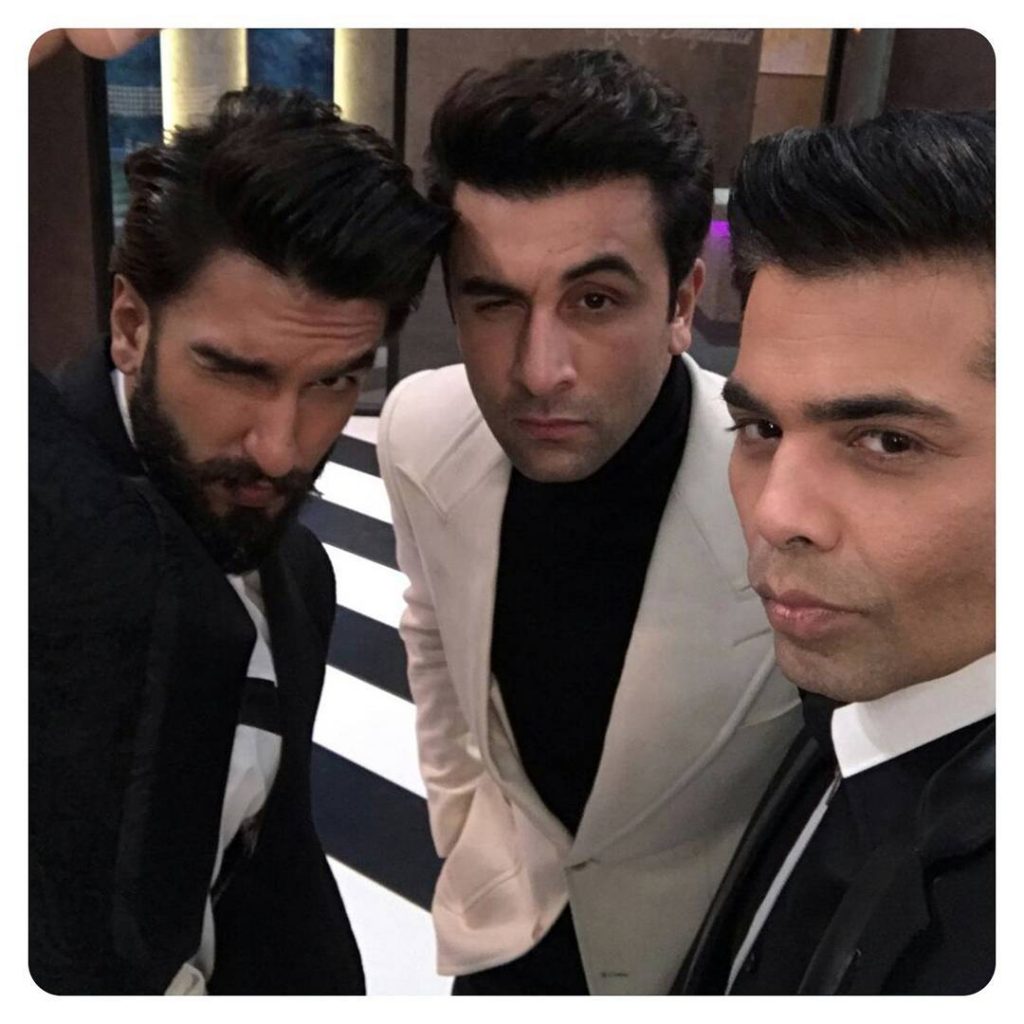 Rumours also have it that both the actors had the good thing to say about their common link Deepika Padukone, who is apparently dating Ranveer and is also good friends with ex-flame Ranbir.

It is often said that you can’t be friends with your girlfriend’s ex. But it seems like Ranveer and Ranbir’s ‘bromance’ on the show has put an end to such talks and Ranveer said, ‘he and RK had a blast on the show’.
With Karan Johar, Ranveer Singh and Ranbir Kapoor together, this episode is surely going to be the best of all times and will be a treat for the viewers.