Tejaswi Prakash, the lead actress of Pehredaar Piya Ki, has defended the show and said that it was progressive. The serial faced severe backlash after it showed the marriage between a 10-year-old boy and an 18-year-old woman. The flak was evident when an online petition was started seeking the show to be banned. Replying to all the hatred the show has received, Tejaswi, who plays the role of Diya said that people who like Game Of Thrones should not have a problem with Pehredaar Piya Ki.

“It also happened in ‘Game Of Thrones’… People love ‘Game Of Thrones’ and if the same thing happens in ‘Pehredaar Piya Ki’, then it’s an issue,” Tejaswi said in an interview with an agency. When asked if the content on TV has hit a new low according to her, Tejaswi answered in the negative. She said, “I feel it’s just a story and fiction. It’s just a story that we are telling people. So how can you judge any story? You like it okay, you don’t like it, so, you don’t like it. We are not professors, we are not trying to teach you anything.” 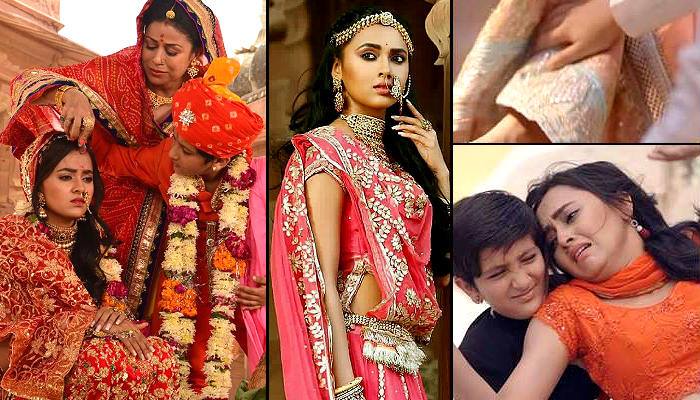 Talking about the ‘cringe-worthy’ honeymoon scenes, Tejaswi said, “No, it’s not what a normal ‘suhag raat’ and honeymoon is like. Obviously, me and Ratan are not married to have babies. It’s different.” Addressing the backlash the show received, Tejaswi said, “I think it’s really progressive. But again, a lot of people believe in judging a book by its cover… They love being judgmental and people have nothing better to do than judging somebody else’s work. Then okay, what can I do?”

It seems that Tejaswi is in no mood to let criticism affect her work. She said, “Honestly, I’m not on a lot of social sites to be aware of any such comments… I am only active on Instagram. Nobody calls and says anything to me. It’s probably the creatives… They should talk to the creatives about the criticism.”

Tejaswi also hoped that people would warm up to the show which tells the story of Ratan and Diya. “I think the audience will be able to connect and I think they are being able to connect only because of the strong character who is able to decisions at the age of 18 and save his (Ratan’s) life for her own happiness,” added Tejaswi.

Also read: Why was it absolutely necessary to show Diya and Ratan’s marriage? Producer of Pehredaar Piya Ki addresses backlash

Now that the actress has defended the show, we wonder whether it will create a positive rapport for the show and change people’s minds.