Television actress Shweta Salve is one healthy mommy who believes in staying fit. In the past also, the actress has paid a lot of attention to her fitness. She shared a couple of pictures on her Instagram account wherein she flaunted her body with grace. Salve, who gave birth to a bonny girl child six months ago, took to Instagram to express her happiness.“Six months after bumpy? Not bad I guess,” Shweta posted. The pictures went incessantly viral within moments of sharing it.

In April last year, the noted television actor had taken her fans by surprise when she posted pictures of her flaunting her baby bump. 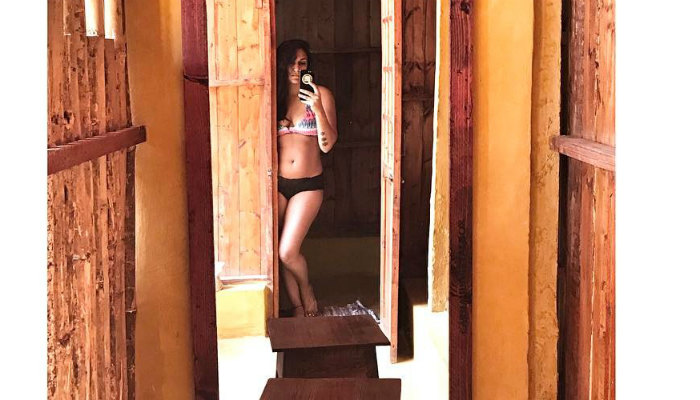 Shweta is a regular appearance on social media and her fans keenly await her updates. The actor, who made her television debut in Hip Hip Hurray, has had an illustrious career on the small screen with soaps like Lipstick, Left Right Left, and others. She was the runner-up of the first season of reality dance show Jhalak Dikhlaa Jaa, having lost the title to Mona Singh.

Salve is known for breaking stereotypes which won her a lot of accolades. She is a work-out freak and also practices yoga. And you can see the results yourself. She tied the knot with her longtime boyfriend Hermit Sethi five years ago. Last year, she sent the social media in a tizzy by posting a picture of hers breastfeeding her baby.

Wait, there are more adorable pictures of the pretty mommy.