The eighth edition of the dance reality show Nach Baliye is getting interesting day by day. After entertaining with their Romance Wala Dance, the celebrity contestants are now all set to wow their fans with the Bollywood theme episode. This week, participants including Divyanka Tripathi -Vivek Dahiya, Bharti Singh-Harsh Limbachiyaa Aashka Goradia- Brent Goble and Sanam Johar-Abigail Pande among others will be seen performing on some of their iconic favorite Jodi from Bollywood. Right from the early 8os to the recent hit Baahubali, each of them picked up their personal favorite character for the next episode.

Keeping in mind the theme of the episode, Sonakshi Sinha took upon herself to pay a tribute to yesteryear actress Zeenat Aman. While the other judges on the panel Terence Lewis and director Mohit Suri were seen donning the avatar of Ranveer Singh as Bajirao and Amitabh Bachchan from Hum respectively.

Popularly known as Ishima of the small screen, Divyanka Tripathi went complete Retro with her look as Helen and her husband Vivek Dahiya as Shammi Kapoor. Going by the picture, Divyanka will definitely leave her fans surprised with her act.

While the entire nation is celebrating the blockbuster success of SS Rajamouli directorial, host Karan Tacker has also decided to dressed up like Baahubali. Apart from romance and dance, the upcoming episode will also see some celebration as Karan will be seen celebrating his Birthday on the sets of Nach Baliye.

Check out the inside pictures from the sets of Nach Baliye here: 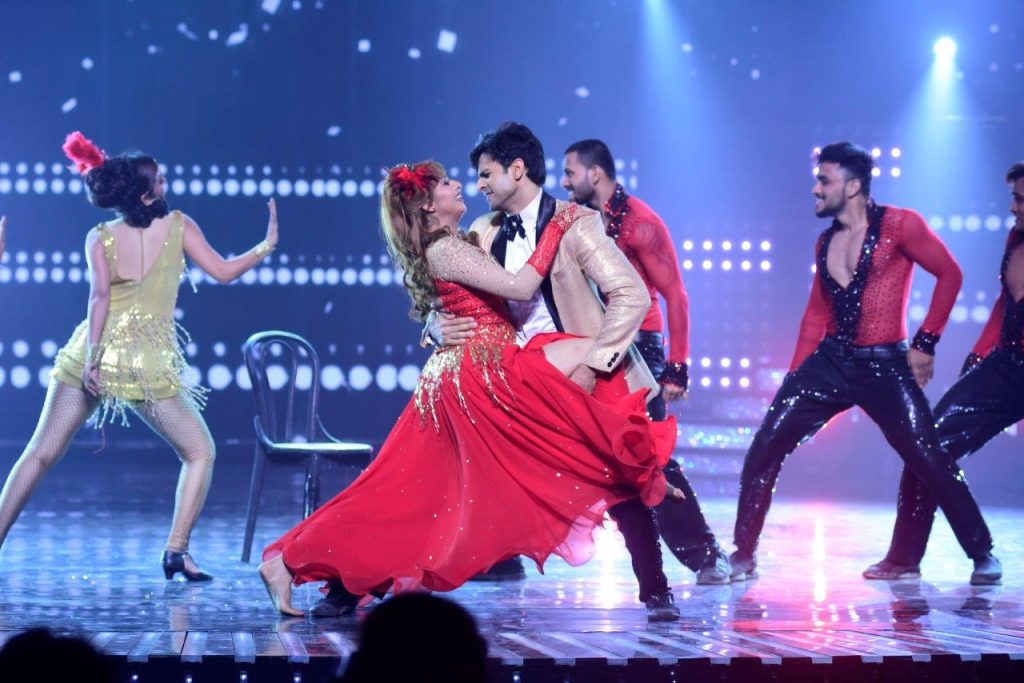 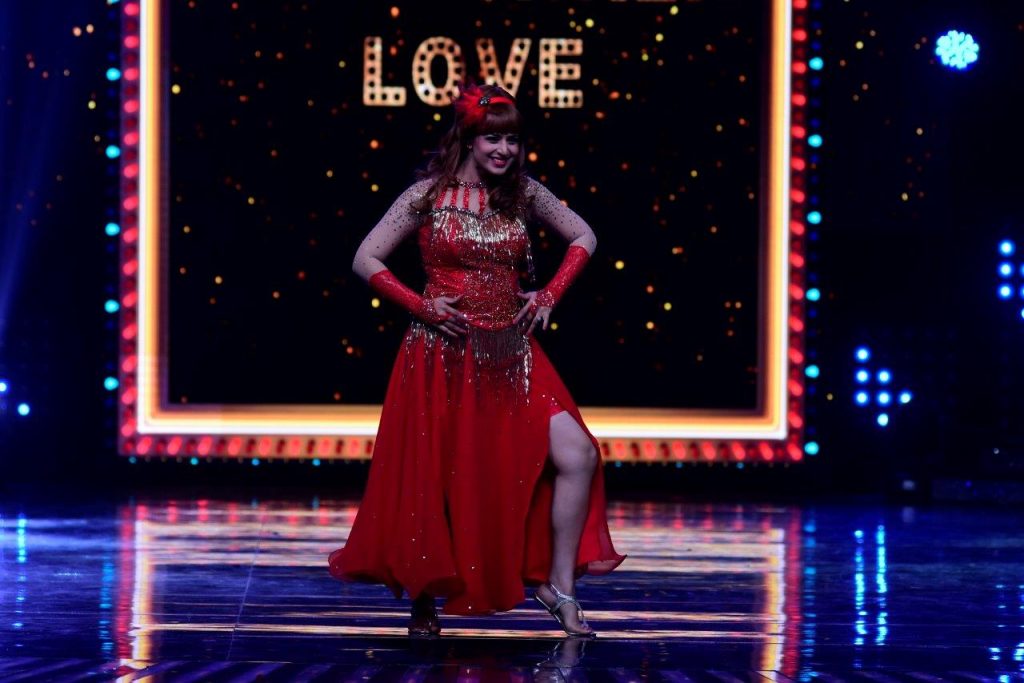 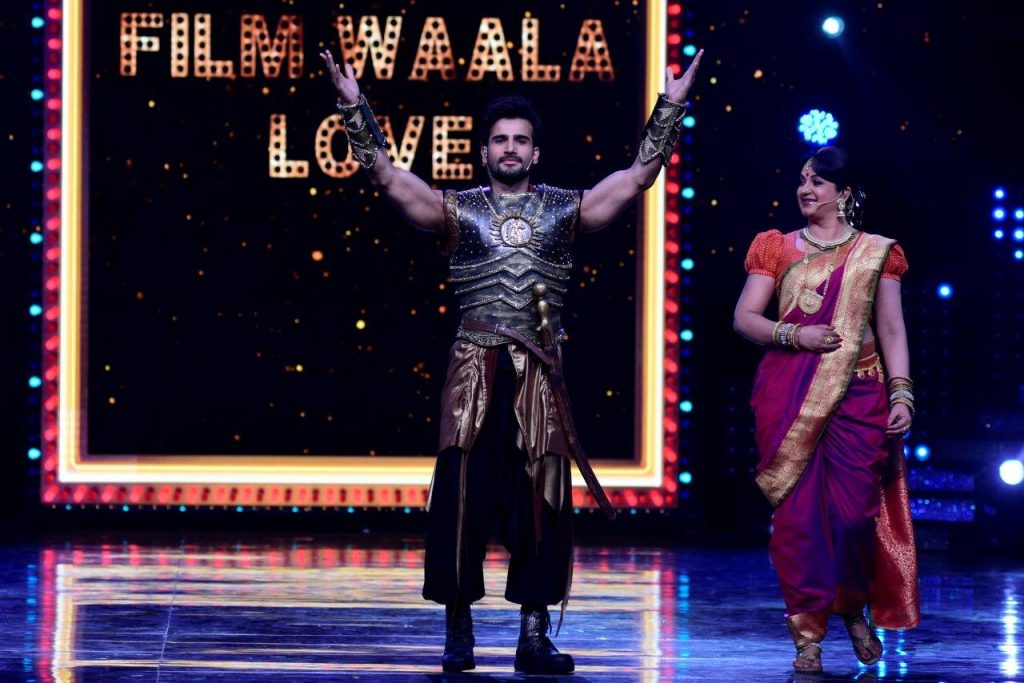 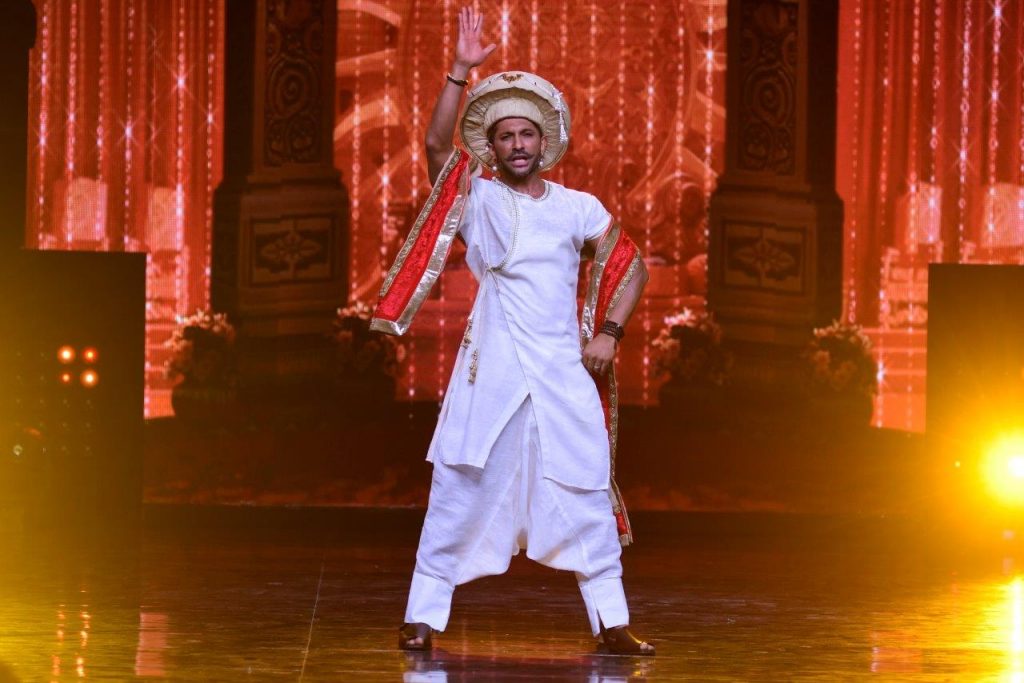 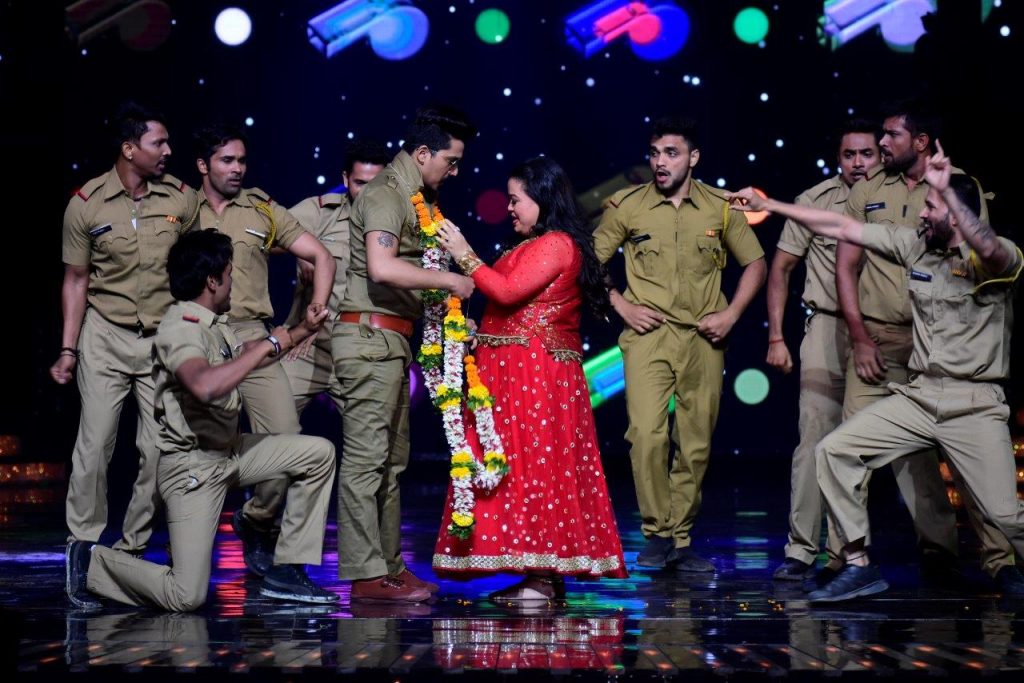 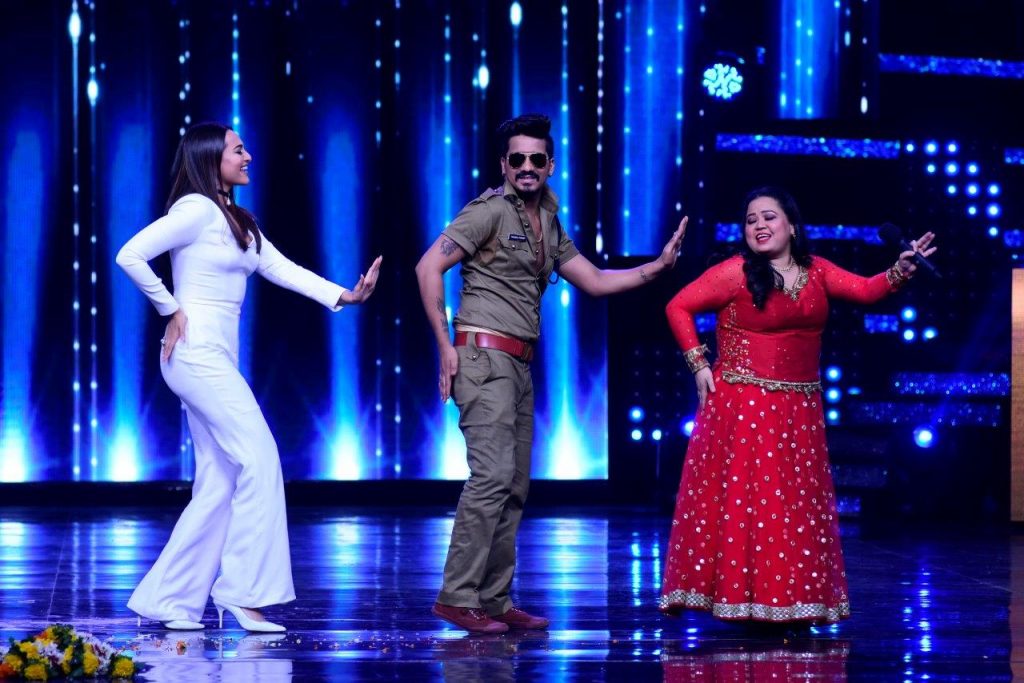 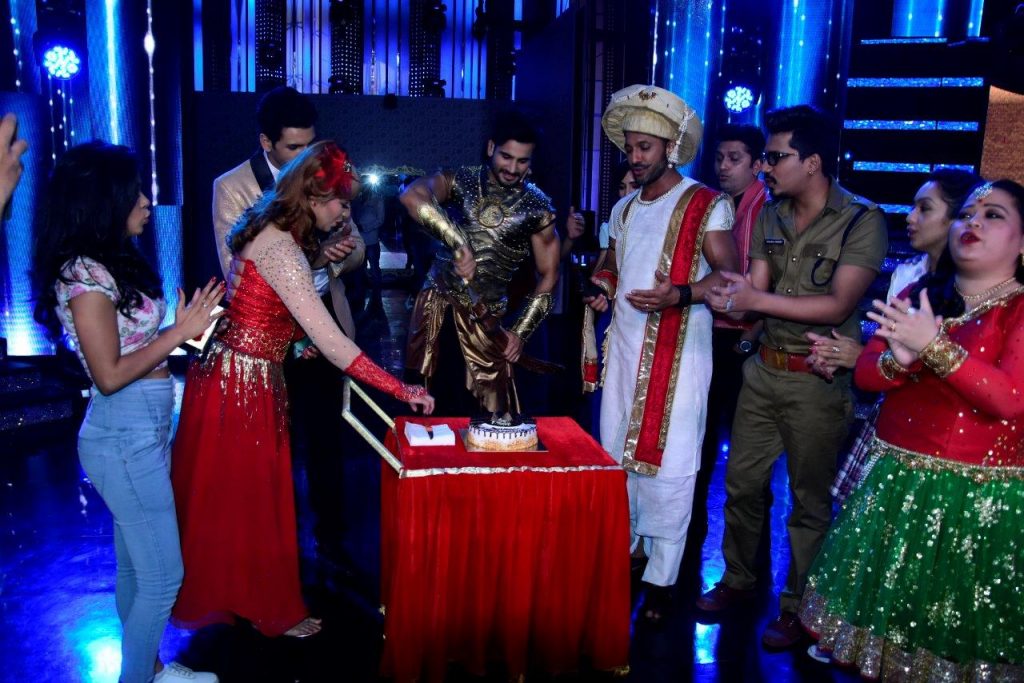 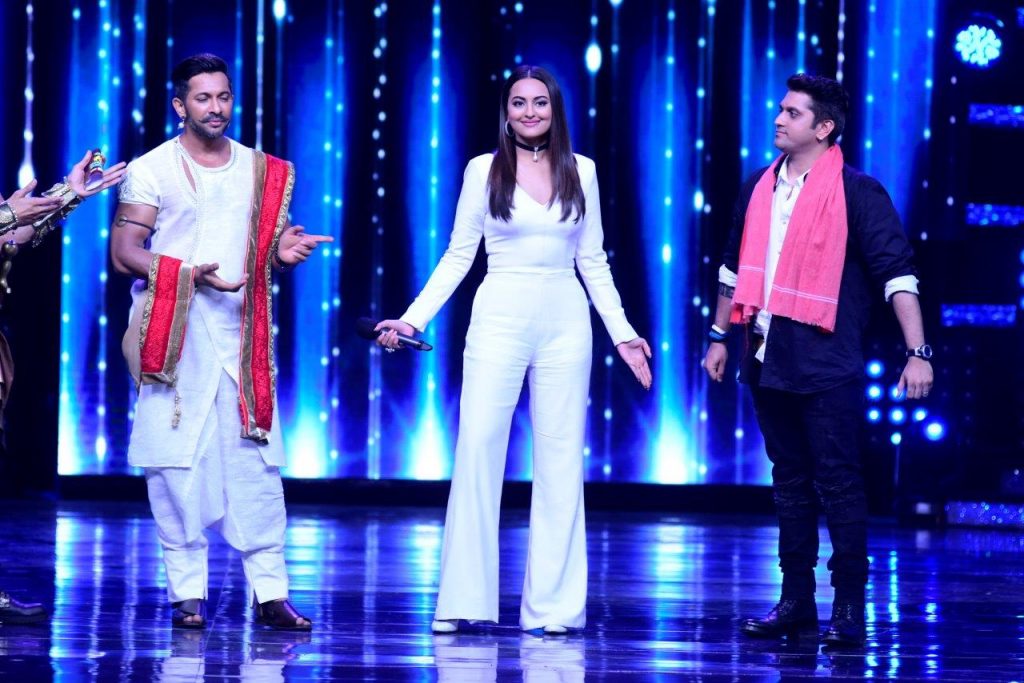 Meanwhile, if rumours are to be believed then after Mona Lisa and Vikrant Singh Rajput, celebrity couple Aashka Goradia and Brent Globe will be evicted this week.