Actress Mouni Roy is the next big thing on the small screen today. She has established herself as the sexy Naagin on TV. From being the ultimate fashionista to one of the top actors on TV, Mouni has come a long way from her Kyukii Saas Bhi Kabhi Bahu Thi days. But what is the growth she has shown with her characters on-screen?

When she debuted with the Ekta Kapoor’s magnum opus family drama, she played a helpless young woman who gets lost in the nitty-gritty of being an ideal lover and daughter. Then she played the role of Goddess Sati on highly popular Devon Ke Dev, Mahadev. Her TV stint meanwhile had shows like Pati Patni Aur Woh, a reality TV show where she participated with her then boyfriend, Gaurav Chopra. And Zara Nach Ke dikha, another reality TV show where she participated as a celebrity dancer.

Her big break after years came up with Naagin on Colors TV where she played the character of Shivanya, a human serpent. The show has now gone on air with its second season and Mouni is back with the same role albeit with a different name. This time, she is Shivangi, the daughter of Shivanya.

Also read: Sorry Vidya Balan, your brilliance fails to save the day for Kahaani 2 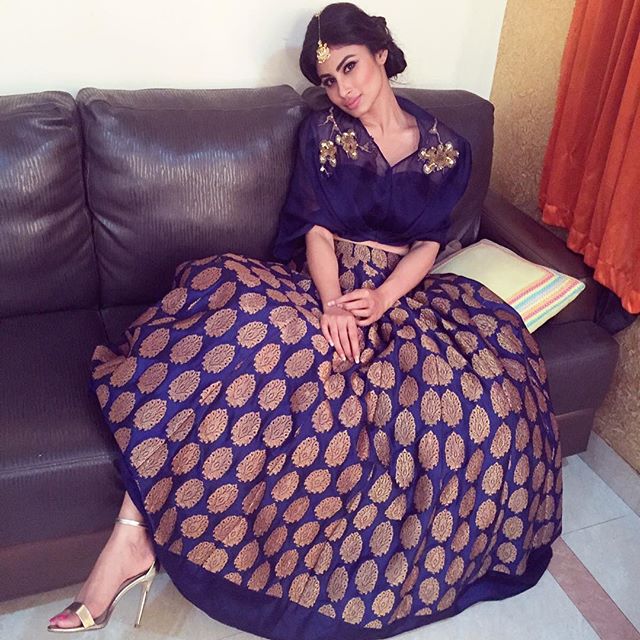 What does this Naagin do?

Naagin Shivangi does everything that her mother Shivanya used to do in the season 1 of the show. Showing sparkled eyes of the shades of orange, red, blue and green. Slaying to the tunes of snake flute. Planning out strategies to kill people in order to take revenge from them. And looking extremely beautiful in those expensive sarees and jewelleries.

Why are we objecting to Mouni Roy being this Naagin?

It is an actor’s responsibility to keep his/ her audience entertained through his/ her craft. But how is Mouni doing the same here? By glorifying the concept of snake-charmer and black magic among her audience. Her show gets the best prime slot on one of the top Hindi TV channels and runs for an hour. It has surpassed the TRP ratings of all other shows including Bigg Boss. If you have a platform as grand and glamorous as this, why are you not utilising it to serve something better? You don’t need to be preachy to give something better. But you don’t even need to be wicked, backward and artificial to give entertainment.

Why is Mouni Roy too good to be the Naagin on TV?

She is beautiful and might soon be seen debuting in Bollywood with a full-fledged role. Mouni Roy is a talented woman. Not that any talent need any validation to be successful, but the industry people like Salman Khan and Karan Johar has sworn of the talent Mouni is. She is a well-read and a self-confident woman. Her Instagram timeline is full of posts conveying her observations about life in a better sense. She often posts the screen shots of sentences from a book that touch her and makes sense to her while reading. Not just that, Mouni is an English Honours graduate from Miranda House, one of the prestigious colleges of Delhi University. The lady has done her post graduation in Mass Communications from Jamia Milia Islamia University, again a quite prestigious education institution. She’s a trained Kathak dancer and has also learned contemporary among other dance forms. She even used to be the choreographer in her college days. Mouni is the granddaughter of Shekhar Chandra Roy, a well-known theatre artist from Kolkata. Isn’t this a lot of talent for an actress who plays a naagin on TV?

She must be enjoying her work with Naagin, but doesn’t a woman of her caliber deserve better? Shouldn’t Mouni Roy reconsider her work-related decisions? Would she mind if the same audience who love her for being the Naagin on TV start loving her because she has offered them something better, thought-provoking or at least not superficial?