Karan Johar’s celebrity chat show Koffee With Karan on Sunday was graced by none other than dearest buddies Parineeti Chopra and Aditya Roy Kapur. The duo was high on energy and apart from making fun of each other, they disclosed some of their deep secrets.

Parineeti and Aditya were last seen together in Daawat-e-Ishq, which failed miserably at the Box Office. But the two became really good friends and are the coolest B-Town buddies till date. In fact, during the whole conversation Parineeti left no chance to make fun of Aditya and said that she lives to insult him and even said that his brain is pea size and can be collected in a teaspoon. And Aditya being a really sweet friend, took all the jokes very sportingly. 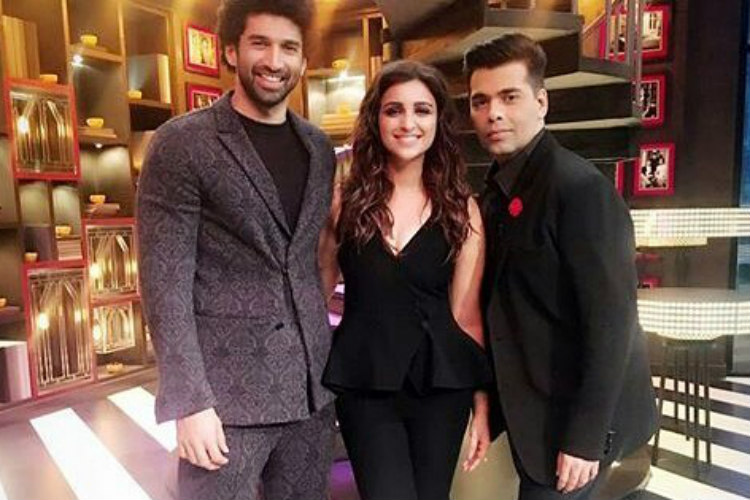 On being asked about their relationship status, Aditya said that he is in a chilling zone and does not want to be in any serious relationship as of now. Meanwhile, Parineeti made it clear that she is not dating director Manish Sharma and he is her closest friend. She said:

The rumours of us dating have always been there. But I think they have died down now. Now the rumours say, she has broken up and is depressed and what not.

She further added that none of her co-actors has hit on her as she is more like a buddy to them and said that she has a love hate relationship with Varun Dhawan, because Varun wants all the attention wherever he goes and she hates it.

Also read: Koffee With Karan: It’s Confirmed! Not Deepika Padukone, but someone else will share the couch with Shahid Kapoor 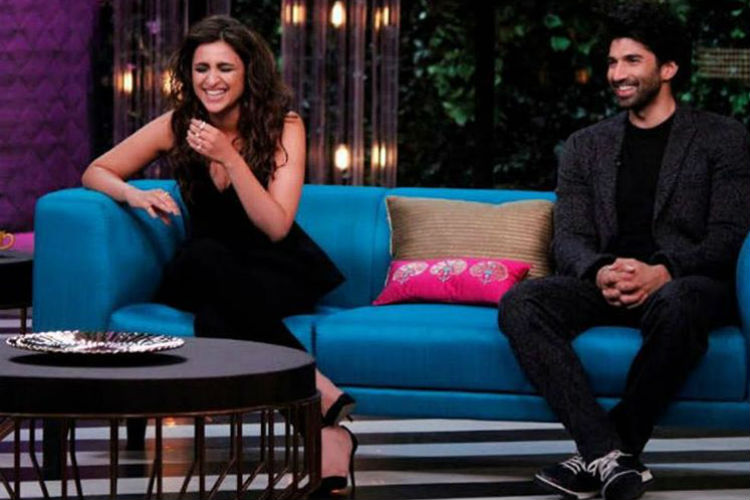 The actress also confessed that since she is good friends with Varun and Aditya, there is no chance to fall in love with any of them. So she friendzoned both the good looking guys.

Well, with Parineeti being the dear buddy of her co-stars, love has surely taken the backseat as of now.