The latest episode of celebrity chat show Koffee With Karan was high on fun and sarcasm with Kareena Kapoor Khan and Sonam Kapoor sharing some cool secrets. And the upcoming one will be much more interesting with none other than Priyanka Chopra on the couch.

PeeCee will not be accompanied by any other celebrity guest and it’s going to be a one on one with Karan Johar. The teaser of the episode was really entertaining, with Karan grilling Priyanka about her ex-flames, marriage plans and Hollywood projects. KJo also asked Priyanka about phone sex and she kinda agreed to it.

When the desi girl was asked about her relationship status, Priyanka very candidly said:

People write and believe what they want to. When there’s a ring on the finger, the world will know. I believe, you are single till you’re married. 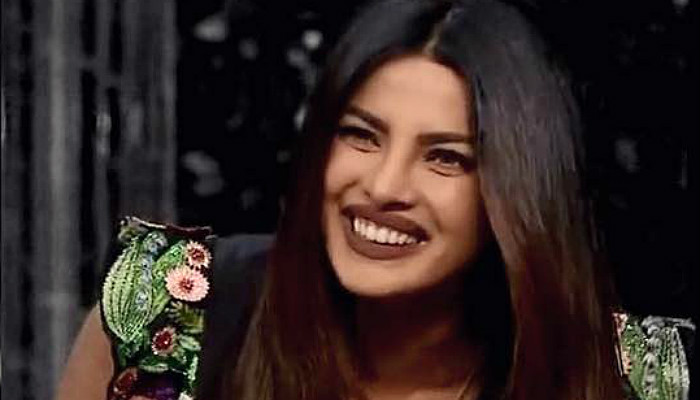 She also revealed that the male approach is very different in India and the West. Priyanka said that boys here are a little cautious, while it’s not the same abroad. And while playing the Koffee shots game with Karan, she also confessed of kissing her ex after a break-up.

Well, after watching the Koffee tease, we can’t wait any longer to see this side of PeeCee. The episode will air on Sunday next week and we are super excited! 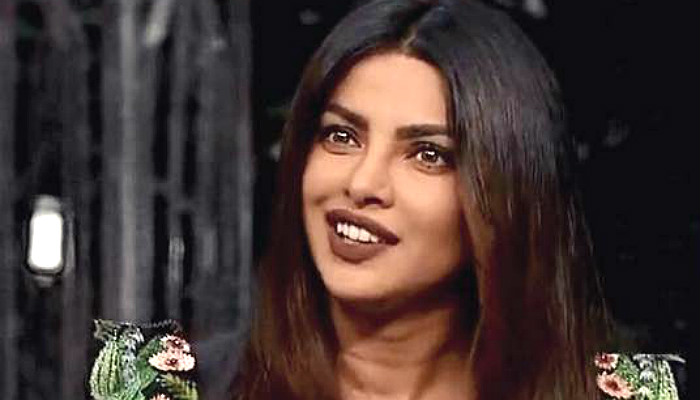 Also read: Baywatch International Trailer: At least Priyanka Chopra has lines in this one

Priyanka recently suffered a concussion on the sets of Quantico, after which she was immediately rushed to the hospital. The actress is doing fine now and will be back to work soon. PeeCee will next be seen in a negative role in her Hollywood debut Baywatch. The movie stars Dwayne Johnson and Zac Effron in important roles as well and will release on 26 May 2017.