Looks like Kapil Sharma is more than upset after his entire feud with Sunil Grover. And seems the entire incident has put Kapil off as well. Reports have it he cancelled the shoot for The Kapil Sharma Show in just 10 minutes after it commenced. Reports have it that once Kapil Sharma started shooting for the latest episode, he was not happy with the responses. A miffed Kapil, then ended shooting and asked comedians Kiku Sharda and Raju Srivastava to go home.

It is not hidden from anyone that Kapil’s show faced the brunt of his fight with Sunil Grover. All the reputation he built in all these years, suddenly, had black dots all over it. People called him arrogant and thought of him as someone who did not have respect for other people.

The TRP ratings of The Kapil Sharma Show hit an all time low and the YouTube views also dipped. It seemed that only Kapil Sharma’s timing and wit would save the show. But looks like even that is a thing of past. A source from the sets told a leading Spotboye.com,  that, “Bas kuch theek hi nahi lag raha tha. Sab kuch itna alag ho gaya hai yahan pe.” (Everything seems changed here). 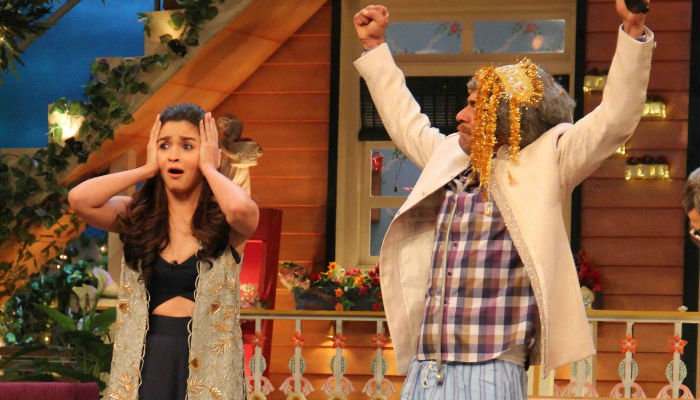 When Kiku Sharda was approached by the portal for his comment, he refused to comment. “Leave me alone. I don’t like to talk about my work,” said Kiku.
Also read: Does Kapil Sharma talk about Sunil Grover? Raju Srivastava reveals unknown side of bitter battle

But the show’s director Sahib told the portal that Kapil indeed called off the shoot after 10 minutes.
Also read: Kapil Sharma’s show will not air this Sunday to make way for Sunil Grover

Well, we seriously hope things change for the better for Kapil Sharma. This entire incident has also got us into thinking if Kapil Sharma’s wit will return after Sunil Grover’s comeback? As of now, Sunil Grover has shown no signs of coming back to the show and has refused to comment on the matter.