What evolved into the Carpool Karaoke was originally a part of the BBC Comic Relief Night on Red Nose Day 2011. The show was meant to be a fundraiser through Comic Relief with the theme “Do Something Funny For Money”. Corden appeared on the segment titled ‘Smithy to the Rescue‘ as his character on the British romantic sitcom on Gavin and Stacey. 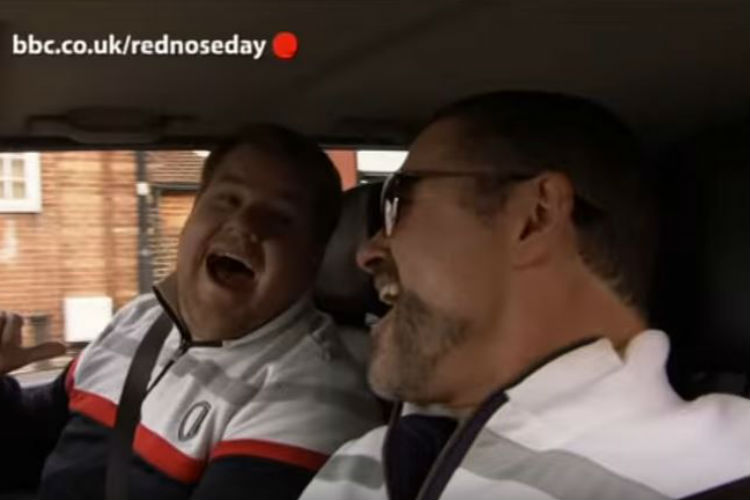 With Corden aka ‘Smithy’ drove along with his “mate” Michael, he gets a call from Lenny Henry who seeks his assistance with brainstorming for the year’s Comic Relief. While George insists that he join Corden at Comic Relief, the latter turns him down which upsets him. To cheer him up, Corden puts up George’s biggest hits as the two sing along.

While on The Late Show with Stephen Colbert earlier this year, Corden pointed out that the idea for the Carpool Karaoke did, in fact, come from George Michael’s bit on Comic Relief. Corden said, “My original idea was to pick George Michael up from prison in a car. And then we realized, ‘Maybe we’ll lose the prison, but what if there’s still some fun for me and George to be in the car and we’ll sing some Wham! songs?'” 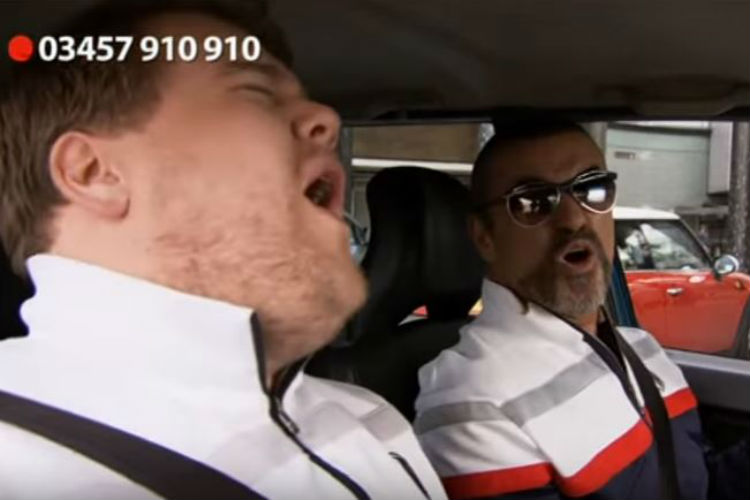 George Michael recently passed away at the age of 53 from heart failure. He died in his sleep at his home in Oxfordshire. Corden expressed his grief over Michael’s untimely death over Twitter saying, “I’ve loved George Michael for as long as I can remember. He was an absolute inspiration. Always ahead of his time.”

I’ve loved George Michael for as long as I can remember. He was an absolute inspiration. Always ahead of his time.

George Michael wrote Praying for Time 25 years ago but I truly believe it’s message means more now than ever. https://t.co/f03zlWYbLa