For long now, there have been various reports about Sunil Grover starting his own show, after his ugly fallout with Kapil Sharma. The Kapil Sharma Show faced the heat of the infamous on-flight fight between both star comedians. The TRPs dipped drastically and reports of Sunil Grover never returning on the hit show emerged. Now, the fresh reports doing rounds of media are bound to spell more trouble for Kapil Sharma.

Grapevine is abuzz that Preeti Simoes, Kapil Sharma’s former creative director has joined hands with Sunil Grover to plans of a new show in structure. Preeti, who was rumoured to be dating Kapil Sharma for quite some time, left The Kapil Sharma Show before the ugly spat. Reports also have it that this new show of Sunil Grover and Preeti Simoes will run parallelly on the channel Sony. The channel is apparently is in no mood to let go off Sunil, owing to his popularity. They might give Sunil’s show a different slot.

Apparently, the channel holds rights to characters Dr Mashoor Gulati and Rinku Bhabhi, and chances are Sunil will reprise his roles in the new show. 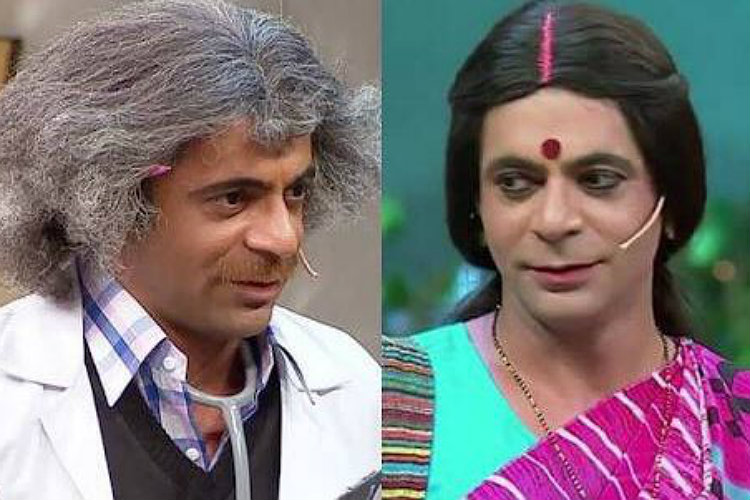 Also read: Makers of The Kapil Sharma Show makes an interesting offer to Sunil Grover. Will he now come back?

If this happens, there would definitely be a conflict about on whose show will celebrities go. It shouldn’t be forgotten that when Colors started steering celebs towards Krushna Abhishek’s show, Kapil Sharma had a fallout with the channel. Back then, all of the team members of The Kapil Sharma Show stood by him and left the channel with him.

Also read: It’s confirmed! Sunil Grover will not return to The Kapil Sharma Show. Here’s why

However, this time stars aren’t on Kapil’s side. The people who were always close to Kapil Sharma did not agree with his behaviour with Sunil Grover. His apology to Sunil Grover did not bore any fruit as well. Sunil said he would not work only for money as dignity is more important to him.