Game of Thrones had its season 7 red carpet premiere on Wednesday where the carpet was actually blue ’cause, “Winter is here” and it really is. As per these first reviews, the first episode picks up right where we left off. In one of the first scenes, we see a “notorious plotter” addressing a large crowd moments before we are taken by surprise as a massacre “without actual violence” follows 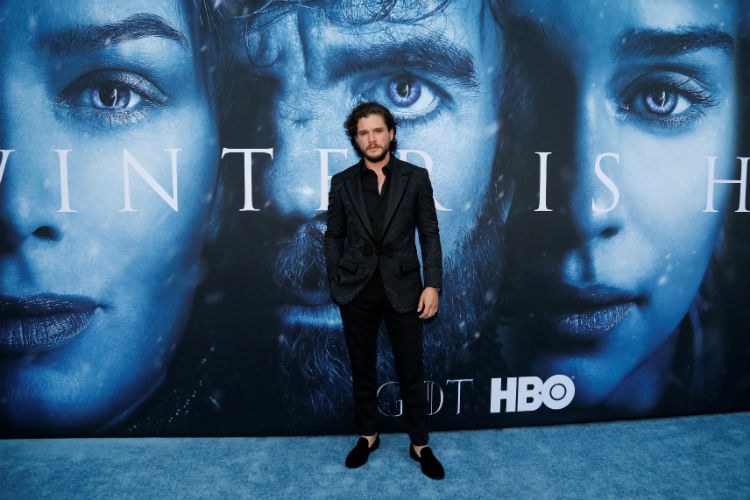 Alright, we are not sure what that means but a massacre without violence can only mean thing- a certain winged reptilian creature raining fire over the crowd. No bloodshed, no gore, just brutal death.

Terri Schwarts of IGN writes, “The opening scene of the #GameofThrones premiere had me cackling in pure “holy shit” delight and it kept getting better. WINTER IS HEEEERE!”

The opening scene of the #GameofThrones premiere had me cackling in pure "holy shit" delight and it kept getting better. WINTER IS HEEEERE!

If you want spoilers, you ain’t getting any, because everyone was pretty tight-lipped about what happened. Cast members Richard Dormer and Liam Cunningham responded in a manner as vague as possible. “There’s a lot of death. A lot,” Dormer said. As if we did not already know that. It’s Game of friggin Thrones, y’all! Check out their interviews below:

.@liamcunningham1 was shocked when he found out which characters die in the seventh season of #GameOfThrones pic.twitter.com/Ya7QSSlNdH

Aside from the episode being total kickass, the premiere had a special treat for the attendees- a live orchestral performance of the Game of Thrones intro theme. In case you happened to miss the premiere (let’s face it, you most probably did), here is a video of the performance:

The first episode of Game of Thrones season 7, titled “Dragonstone,” will be airing on July 16, 2017.