Actress Dipika Kakar aka Simar of popular Hindi TV show Sasural Simar Ka has quit the show. Confirming the news to a leading entertainment portal, Dipika said that there’s no ‘bad blood’ and she just felt this was the right time to leave the show. For the uninitiated, Sasural… is one of those infamous Hindi TV shows that has been bringing naagins and witches into our homes for a long time now. The daily soap went on air in April 2011 and Dipika was associated with it as the lead since the very beginning. She was being accompanied by Avika Gaur who played the character of her younger sister Rangoli in the serial. Then what really pushed Dipika to take such a major decision?

Talking to Pinkvilla on the same, she explained:

There has come a time where I need time for myself. I am really tired and it has been a really long time and we also have had good dramatic scenes. I am just taking time for myself. There is no bad blood or any controversial reason behind me quitting the show.

Actors, especially the ones who work in daily soaps, are constantly shooting for their respective shows. The TV is becoming more demanding than films for the actors. Here, unlike in films, the actors are only given a maximum of one and a half hour to prepare for their scenes. There is so much happening on the set all throughout the day that the personal life of an actor is in a turmoil. But is it really just the not-so-apt time schedule that makes an actor feel tired to an extent that he/she leaves the show? Isn’t it also to deal with the kind of content they are working on which makes them tired?

Take Dipika for example. How easy is it for an actor who really wants to showcase her acting skill to keep working in a show which doesn’t challenge the performer in her? All she is doing in a show is being draped in trendy sarees, wearing heavy jewellery, reiterating giant dialogues, taking care of the so-called maryada of her family and fighting witches and naagins to save her beloved ones. For an actor who is doing this de rigor for more than six years, there’s no way out but to quit the show.

Heena Khan, another popular TV face left her show—Yeh Risha Kya Kehlata Hai—a while back. She explained the reason behind bidding adieu to the show saying that there was nothing left from her side to contribute to the story. The Indian Express quoted her saying:

The story can only progress when new generations come in the show and they take it forward. I did not see anything left for Akshara. As a daughter, as a mother and a wife – everything that had to be portrayed has been justified. Even the last drop has been squeezed. I believe this was the right time for me to move on. Honestly, it had become monotonous for me. 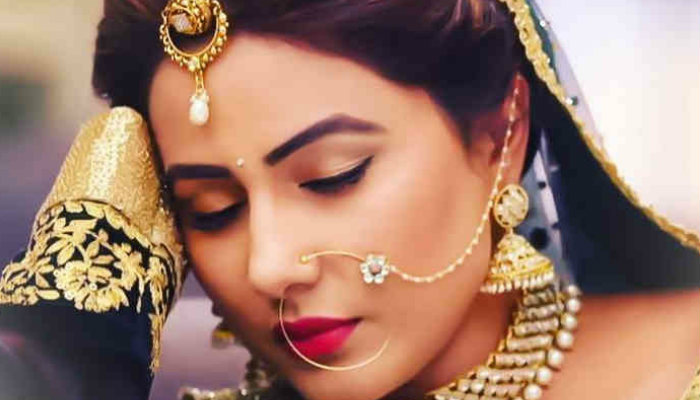 Even Hina was associated with the show since its inception on Star Plus. She played a young girl, Akshara who wants to get married and live a happy life with her in-laws. Then, she became a mother and the story took years of leap only to feature her as a mother-in-law later. Just wonder how much scope the actress had in experimenting with her performance in these eight years. She took care of her family values and her husband in 2009 and she was doing the same in 2016 as well.

A lot has already been discussed and debated about the change that Hindi TV needs to encounter in terms of its content. Not only for the sake of the audience but also for the TV actors, this severe monotony in the content of TV shows needs to broken. Maybe, it’s only when we will start taking TV actors seriously. All we do as an audience currently is to shoo away the performances that the daily soap actors do because we are assured of not absorbing anything novel from them. We assume that all a daily soap actor is capable of doing is to shed tears and be overdramatic in his/ her performance in a show.

Also read: Bollywood is too feeble to pull up a Meryl Streep like barb. Blame it on us