Every season of Bigg Boss 11 comes packed with controversies, nasty fights, and heated arguments. In season 11, Shilpa Shinde and Vikas Gupta have been at the centre of the Bigg Boss storm. Right from day 1, the two have been constantly fighting. But today’s episode (October 10) will not be about them. Today, we’ll see Vikas breaking down after being cornered by inmates. While fights, breaking down, shouting is all common in the house, Vikas’s brother, actor Siddharth Gupta is getting worried about him.

In an interview with a leading daily, Siddharth said that he pressurised Vikas to join Bigg Boss but is now regretting it. Siddharth said the inmates are treating him in a bad manner and no one had the right to make fun of his brother’s sexuality. In the episode preview, we also saw Vikas trying to escape the Bigg Boss house. Siddharth said this happened because Vikas was surrounded by people who kept getting personal with him. He said:

I feel very guilty for the fact that I pushed him to be a part of the show because I have been a fan of the show myself. However, the way things have been unfolding inside the house, it breaks my heart and I can’t see my brother crying like this. My mother was getting panic attacks last night when she saw how the inmates were treating her son. No one has given them the right to discuss his sexual orientation and make fun of it. 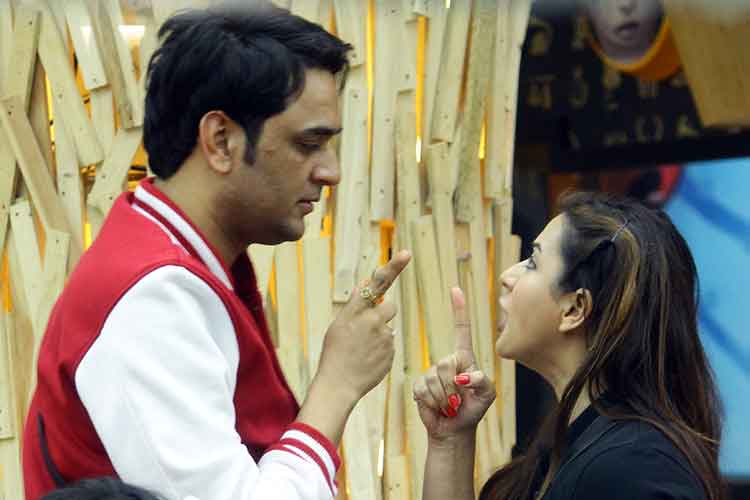 Also read: Bigg Boss 11: The over the top fights between Shilpa Shinde and Vikas Gupta is getting BORING now

Talking about Vikas’s fight with Shilpa Shinde, Siddharth said she has been troubling his brother for a really long time. He added:

From what the world knows about them is that it was because of Vikas that she had to quit the popular show Bhabiji Ghar Par Hai but little do they know that it was a part of the contract and they don’t have any other history.

Siddharth ended the interview on a note that he hope Vikas plays the game with dignity.