Today is the big day! The makers of Salman Khan’s Bigg Boss are all set to introduce the show’s final participants in its grand premier on Sunday, October 1. Celebrities including Nia Sharma, Hina Khan, Hiten Tejwani and Gauri Pradhan among others are already doing rounds to enter the show. Amidst the speculations, one celebrity name has been confirmed and that is Shilpa Shinde. Yes, you read that right. The Bhabiji Ghar Par Hai! fame Shilpa Shinde has put all the rumours to rest by confirming the news of her participation in Bigg Boss 11.

While talking to a leading daily, the actress not only talked about being a part of the much talked about television reality show but also revealed that she has got a lot of offers from TV. The actress said that she has turned down all the offers to be a part of Bigg Boss considering the fact that there is nothing bigger than this Salman Khan’s show. 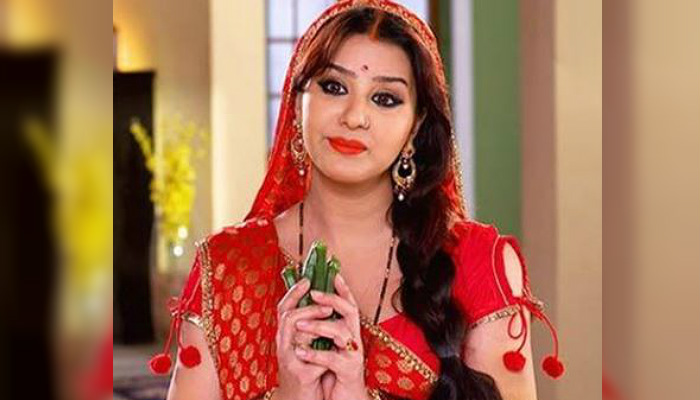 Shilpa also shared that she is not doing the show to prove anything to anyone. Here’s what she said:

I am very happy to do the show, but I also like to add that I not doing Bigg Boss to prove anything to anyone. I was getting a lot of offers from TV amd turned them down as I didn’t want to do them. With Bigg Boss I feel there is nothing bigger than this show so I said yes.”

Talking about the fights (which are quite common in the house), the actress said she has a clear strategy to deal with fights. Shilpa said is to NOT sit quietly if someone purposely picks up a fight.

I am not going to sit quiet if someone purposely picks up a fight with me, I will give it back to them. Lot of times third person enjoys fights and let the other two people fight. I won’t do that I will try and solve the issues between the people fighting.

So, guys beware as Bhabhi Ji is in no mood to do the sweet talks in the Bigg Boss house.

To be hosted by Salman Khan, Bigg Boss 11 will air on Colors from October 1. Check out the video here:

She is highly loved and adored across the country. Get ready to meet the first celebrity contestant of #BB11, tomorrow at 9 PM. pic.twitter.com/nh0RkvMVQn