The eleventh season of Bigg Boss started with a bang on October, 1. While host Salman Khan welcomed the bold and the beautiful inmates of this season, something peculiar happened in the premiere episode which has led us to believe that he has chosen one of his favourites for the ongoing season. The contestant who seems to have wooed Salman is Sapna Chaudhary- the famous Haryanavi performer.

As Sapna came on the stage and performed one of her hit songs, even Salman found it difficult to sit still. He joined her towards the end of the performance and after it ended heaped praises on Sapna. The 51-year-old superstar pointed out that Sapna’s videos got over a crore of views on YouTube. He also revealed that when Sapna came to audition for Bigg Boss, a huge crowd emerged to catch a glimpse of her. It became quite evident that Salman was in awe of Sapna’s popularity. 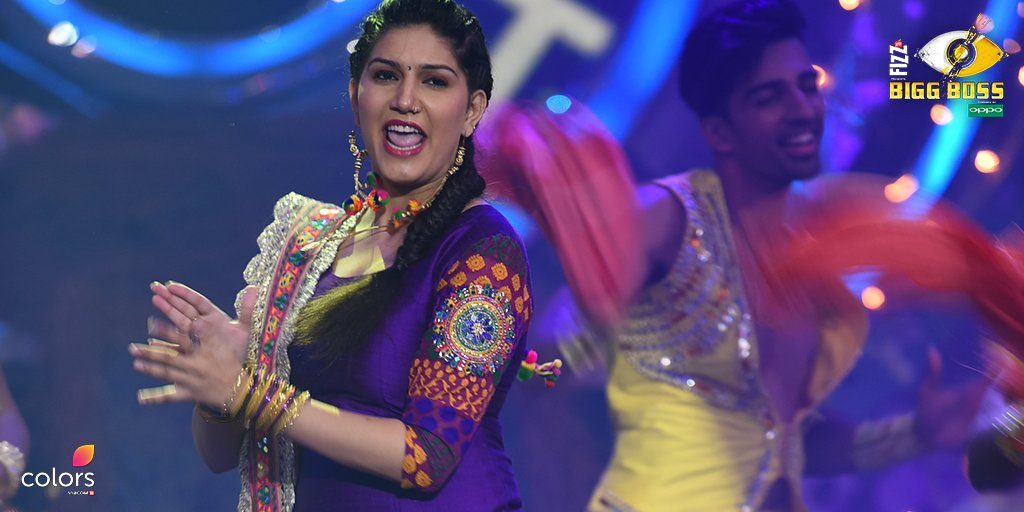 But there was something else which happened that you might not have paid attention to. After Sapna was taken to the stands to be grilled by commoners, Salman spoke about her performance. Salman said that a fraction of the population who thought Sapna’s dance was vulgar has a cheap mentality. He said Sapna danced in salwar and kameez and there is nothing vulgar about it. In fact, Salman seemed mighty impressed with Sapna’s idea of turning her love for dance into a profession. Not only this, when Sapna was asked a question by a commoner about accepting money after dancing, Salman came to her rescue. One commoner said Sapna collected money people gave to her after her performances and Salman quipped:

Toh kya free me dance kare? Main kya free me aaun Bigg Boss host karne? (Should she dance for free? Should I not charge for my gig at Bigg Boss?) 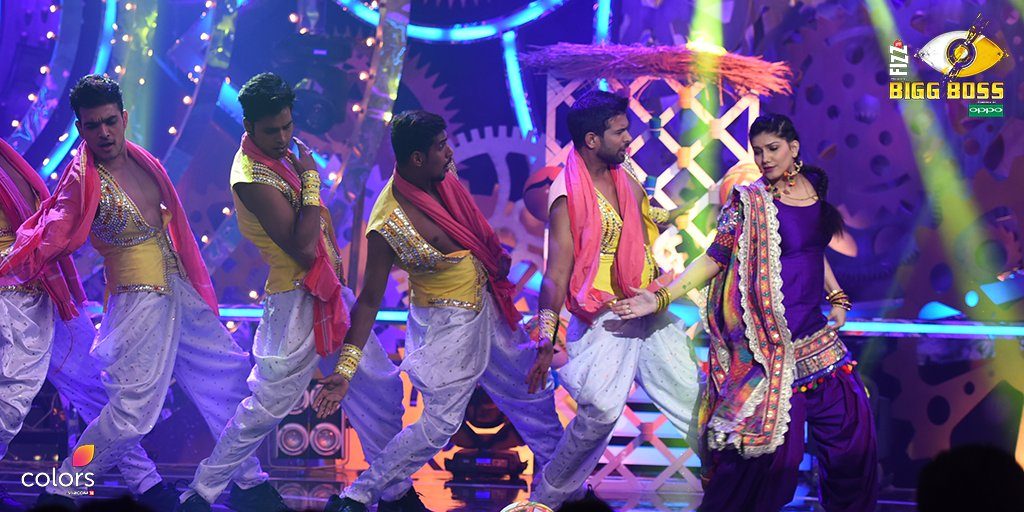 Also read: Bigg Boss 11: Meet Rocky Jaiswal, the special somebody who got a goodbye hug from Hina Khan

Salman Khan’s reply left the padosis, who wished to create a ruckus before Sapna entered the house, stunned. After this Sapna was declared fit for the show by the commoners and allowed entry by the commoners. The way Salman spoke to Sapna in the premiere episode and looked in awe of her talent hints he might defend her throughout the season. We have seen Salman defending his favourite contestants in the previous seasons as well. While he reprimanded many contestants in the last season, Salman was seen easy going on Lokesh Kumari. In Bigg Boss 7, Salman behaved a bit too nicely with Elli Avram and with Mandana Karimi in Bigg Boss 9.

It is now left to be seen if Sapna’s mistakes in the Bigg Boss house get ignored by Salman or not.