Salman Khan’s Bigg Boss is all set for its eleventh season, and no doubt fans are eagerly waiting for the show to get started. Celebrities including Gauri Arora, Shilpa Shinde, Nia Sharma, Abhishek Malik, Nikitin Dheer Nandish Sandhu, Kunal Verma, Summit Bhardwaj, Gauri Arora, Bhojpuri actress Rani Chatterjee and Kasautii Zindagii Kay fame Cezanne Khan are rumoured to be a part of the show. Reports also suggest that Gopi bahu aka Devoleena Bhattacharjee has also been approached for the upcoming show.

Devoleena finally talked about the show and said that though she wanted to work with Salman Khan and was approached to be a part of the show, she would not be able to participate.

“I want to work with superstar Salman Khan (the host of ‘Bigg Boss’). But I can’t do ‘Bigg Boss’ right now. I was approached for the show. I respect the channel and the production house for considering me. But I always wanted to do a dance-based reality show or, may be, try a show like Khatron Ke Khiladi,” Devoleena said in a statement. 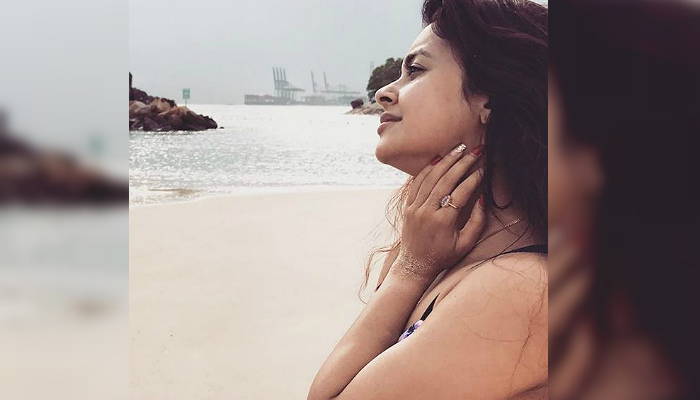 The actress, who is currently on a vacation, said that the only thing she was concerned about was her mother’s happiness.

“I am in Udaipur and enjoying time with my mother. It’s her birth month. I’m only concerned about giving her all the happiness.”

To be telecast on Colors TV from October 1, the show will be hosted by Salman Khan once again.

Meanwhile, celebrities including Nia Sharma, Abhishek Malik, Nikitin Dheer, Nandish Sandhu, Kunal Verma, Summit Bhardwaj are also rumoured to be participating on the show, however, the final contestant’s list is yet to be announced.