Bo Burnham’s Eighth Grade is one of the finest American films of 2018, and for those of you who still haven’t seen it, you’re missing out. The lead actor of the film, 15-year-old Elsie Fisher, is one of the most promising young actors in Hollywood, whose name you might be waiting to hear. And she showcased the wise head on her shoulders at last night’s Golden Globes, after a few Twitter trolls came for her.

Fisher tweeted expressing joy for fellow actor Rami Malek, after he won Best Actor (Drama) for his portrayal of Freddie Mercury in Bohemian Rhapsody. And the trolls were quick to tell the teenage actor about the misdeeds of Bryan Singer (fired as director due to child abuse allegations), who was responsible for at least 50% of the film’s shooting with many mean tweets. 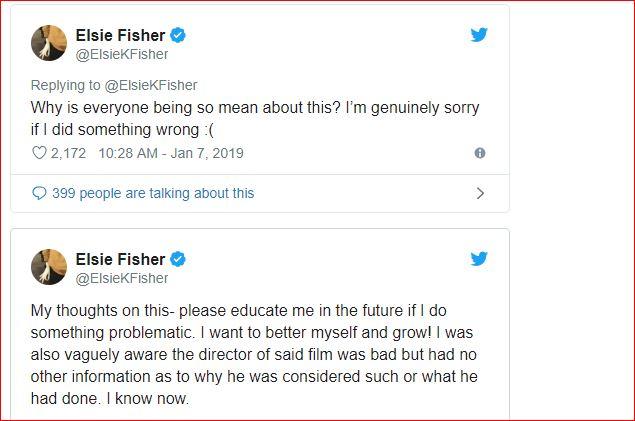 What really turned the situation around, was how Fisher chose to respond to the vicious trolling. She took the classy way out, where she politely asked the trolls to ‘educate’ her, because she ‘wanted to be better and grow’. And considering how she was hard at work for most parts of the year, it was possible that Fisher would miss out on things. 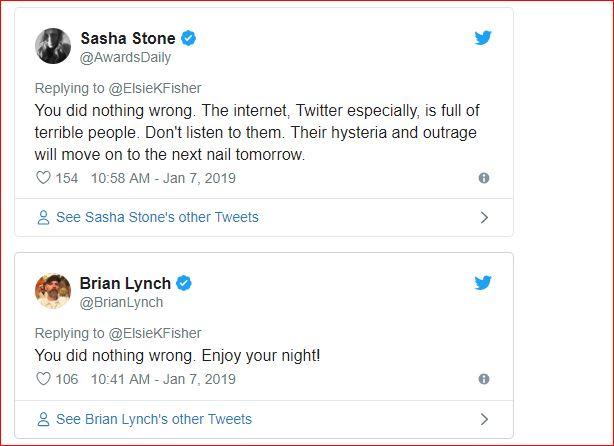 A classy response like this by a 15-year-old, something most adults struggle to cope with, is what charmed many Twitter users. Many tweeted to her asking her to ‘ignore’ the trolls. While many sent supportive messages to her saying that ‘she was ready for this business’ – which can often destroy children.