Heptathlete Swapna Barman, who won a gold medal at the 2018 Asian Games, is finally getting a biopic. It will be directed by Bengali filmmaker, Srijit Mukherji. Actor Sohini Sarkar will be playing the role of the 12-toed heptathlete, who, for the longest time, didn’t even get running shoes that fit her. The film will presumably chart the athlete’s story till the 2018 Asian Games in Jakarta, where Barman won the gold medal. After the success of films like MS Dhoni, Dangal and Mary Kom, many filmmakers have jumped jumped on the biopic bandwagon.  In the past few years, we have seen films like Gold, Soorma, Azhar. It’s no surprise, that Barman has been chosen as the subject of a biopic, considering her meteoric rise under the most peculiar circumstances. 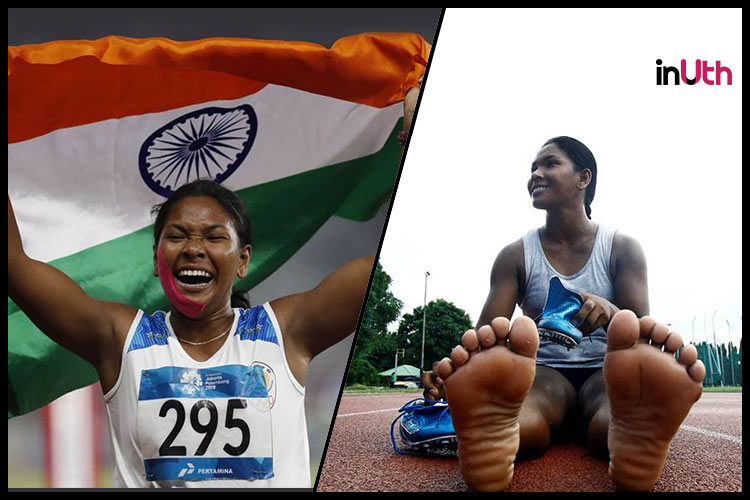 Swapna Barman was born with six toes on each foot, making it difficult for her to run in conventional-sized footwear. Overcoming the excruciating pain, Barman even conquered her lack of means by devoting herself to the religion of sport. Training her mind to make peace with the pain of fitting her feet into conventional running shoes, it was only after her Gold-medal victory that Adidas offered to make custom-designed shoes for the 22-year-old athlete. Born in a house where her father was a rickshaw-driver, Barman single-handedly changed the fate of her family. She received grants from several foundations including Rahul Dravid’s GoSport Foundation.

For the uninitiated, the heptathlon events include – 100m hurdles, High jump, Shot put, 200m, Long jump, Javelin throw and a final 800m race. These are a wide variety of skills to master and the director has spoken about how he will wait for his lead actor to get into an athlete’s body, before he starts shooting. And how he doesn’t mind even if he has to wait for a whole year. 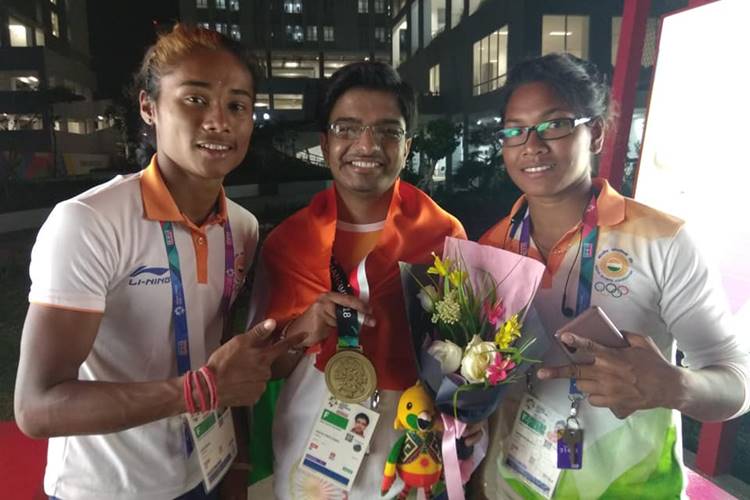 Also, considering Srijit Mukherji’s recent track record, it remains to be seen if the director is able to do justice to this incredible true story. Can Mukherji manage to avoid the cliches of most rags-to-riches sports dramas, and find a voice of his own? Will he be able to do justice to the depiction of the heptathlon events? Can Sohini Sarkar delve into Barman’s mind and dig for that moment(s) that spurred her in this direction? Will the film be able to do steer away from the (almost embarrassing) reverential tone of most of the biopics in India?

There are lots of questions about this biopic, considering the widespread coverage that Swapna Barman got after her gold-medal victory at the 2018 Asian Games. All eyes on you, Srijit Mukherji and Co. No pressure.