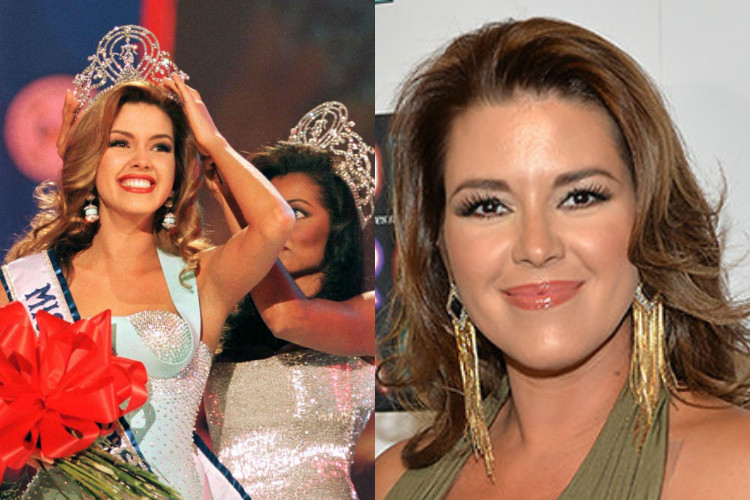 Frankly its irrelevant what she looked like. Its how she was spoken of that counts- not girth/glamour @thegarance @husainhaqqani https://t.co/HSda6xM3H1

Donald Trump called Alicia Machado, ‘Miss Piggy’ for putting on weight after the pageant. Soon, fans took notice of the incident. While some condemned Donald Trump’s comment, one of the fans suggested that Barkha Dutt should consider interviewing Sushmita Sen regarding the issue. As soon as Sushmita Sen took notice of Donald Trump’s comment, the lady slammed the Presidential candidate in her own style.

Earlier, Alicia Machado told CNN, “I know what I left with him and he knows, too and he was really aggressive. He was really rude. He was a bad person with me.” She added, ”We cannot accept any more insults for my Latin community. No more insults for the women. I know very well Trump and I can see the same person that I met 20 years ago.”
(Courtesy: YouTube/Skiace)

On being asked about an incident in 1998 in Venezuela where she was accused of driving a getaway car from a murder scene, Machado responded: “He can say whatever he wants to say. I don’t care.”

She added, “You know, I have my past, of course, everybody has the past. And I’m no saint girl. But that is not the point now… (Trump) was really rude with me, he tried to destroy my self-esteem. And now I’m a voice in the Latin community. I’m in a great moment in my life and I have a very clear life. And I can show my taxes.”