Sunil Grover, who is said to have quit The Kapil Sharma Show after an ugly fallout with the host Kapil Sharma, has been invited by web series channel All India Backchod (AIB). It is a news which will not sound pleasant to the ears of the latter. On the latest episode of On Air With AIB, hosts Rohan Joshi and Ashish Shakya jumped into the ongoing controversy and made a public offer to Grover, who plays Dr Mashoor Gulati and Rinku Bhabhi in the comedy show. ”

Now that’s hitting two birds with a single arrow. TKSS has characters like Rinku Bhabhi (Grover), Nani (Ali Asgar) and Bumper (Kiku Sharda) who are now household names. The AIB folks not only mocked the show’s segment but a snide jibe at the infamous in-flight brawl between Sharma and Grover. It is alleged that Sharma in a drunken state abused and threw slippers at Grover. 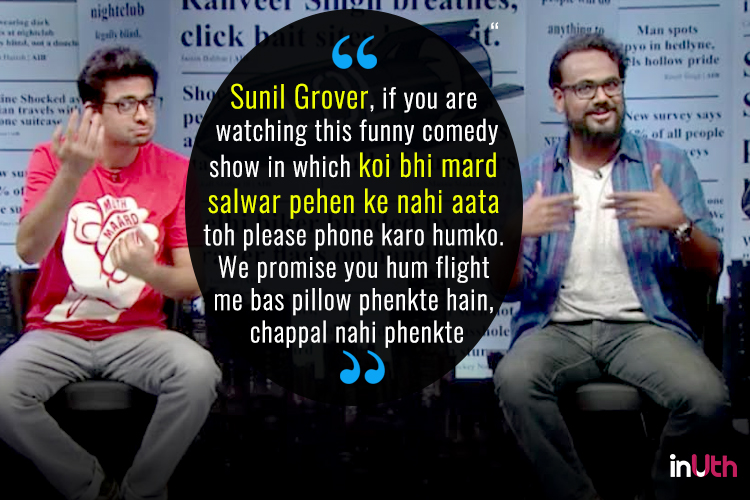 Since then, Grover along with co-actors Ali Asgar and Chandan Prabhakar have not returned for shooting. Their absence has severely affected the show as Kapil Sharma found it hard to sustain without three prominent characters. There is no doubt that Sunil Grover is a talented artiste and him joining AIB will further enhance the web channel. As of now, it will be interesting to see whether he accepts the offer or not.

Also read: Wait. What! Sunil Grover and others still part of The Kapil Sharma Show?