Priyank Sharma is one of the most popular and handsome contestants on Splitsvilla X right now. The show’s main idea is to help young girls and boys ‘catch their match’. Hosted by Sunny Leone and Ranvijjay Singh, this season of the reality TV show has been slammed by many. The tasks of this season have many times crossed the line, from being sexy to borderline gross. But, Priyank doesn’t feel so. For him, all the tasks were fun and he never felt ‘eww’.

In one of the tasks called lick and pick (whatever that means!), the female contestants were asked to lick different body parts of the male contestants. Basically, food items, precisely aphrodisiacs (read honey, coffee etc.) were smeared on different body parts like biceps, back, and nose. And then the ladies were asked to not just lick them off, but also identify the body part and the man she was licking (no idea what the makers were thinking).

Sounds gross to many, but Priyank said it was all fun. Talking about it, he said, “It was a funny task, to be honest. All the boys of Splitsvilla X enjoyed it because we don’t get to do such things in real life. I loved the task.”

Not only about the ‘lick and pick’ task, Priyank also spoke about the introduction task. In this particular one, all boys of Splitsvilla, were made to go shirtless as girls gave them marks on their physique. When Priyank was asked if it objectified men, he answered in the negative. “No, I don’t think so,” said Priyank. 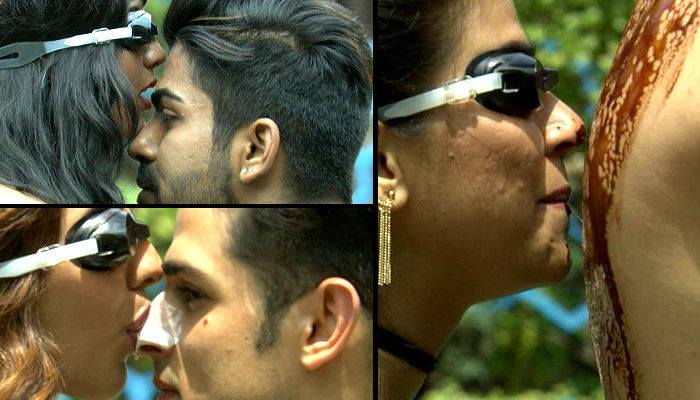 The lick and pick task in Splitsvilla X

Priyank whose connecti0n with Divya garners a lot of attention said what he felt for Divya was true. Speaking of the ‘truth’ in connections, he said “I remember when I met Divya, I genuinely feel for her. We started off as friends and I still feel connected to her.” But do others also feel the same? Are their bonds genuine?

I never thought about it. Baseer and Naina took a while to understand each other, but then they feel connected. It is not common for people to feel strongly on the first day like Divya and me. I don’t think anyone is faking it, they might be taking their own time.

The show has introduced the concept of Oracle. This means that a pair is supposed to go in a dome and a computer programme tells if they are an ideal match or not. As weird as this sounds, Priyank thinks this concept is the beauty of the show.

I believe in love and connection. I think the oracle is the beauty of the show. There were many challenges to test my bond. Sometimes, I performed better with Nibi and not Divya. You cannot be dependent on nature only, science plays some part. So it may sound weird, but this is true to an extent. 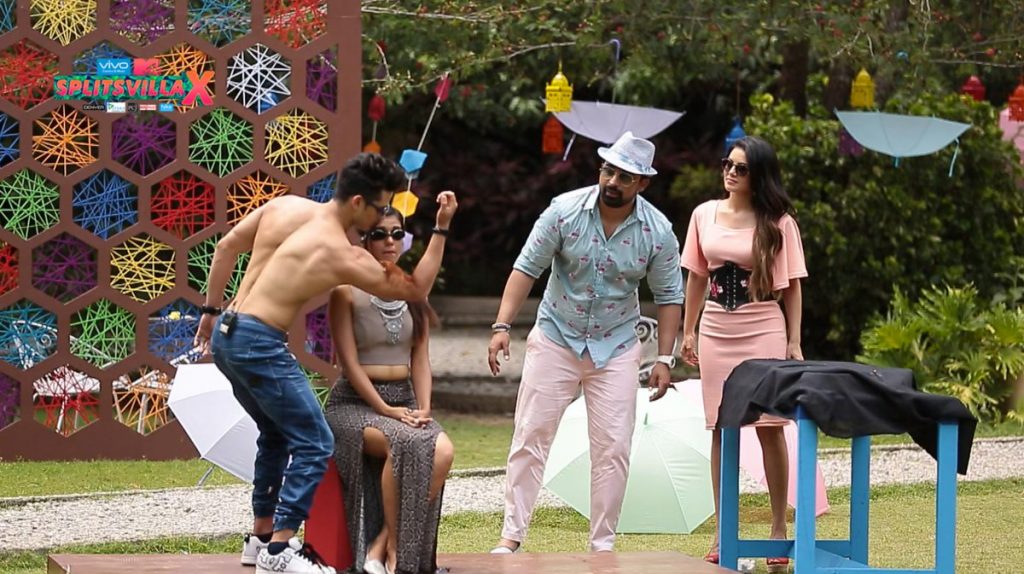 Priyank also said that Splitsvilla X has changed his perspective of the world. He said:

When asked if he has won the show, Priyank said, “Follow the show.”