Bollywood maintained a distressing silence on Padmaavat. It regained its enthusiasm for life during the PadMan challenge and now B-Town is back doing what it is best at. Acting. This time Bollywood has chosen to be silent on child molestation. Singer Papon forcefully planted a kiss on a little girl’s lips and the Hindi film industry seems to be too busy to voice an opinion. 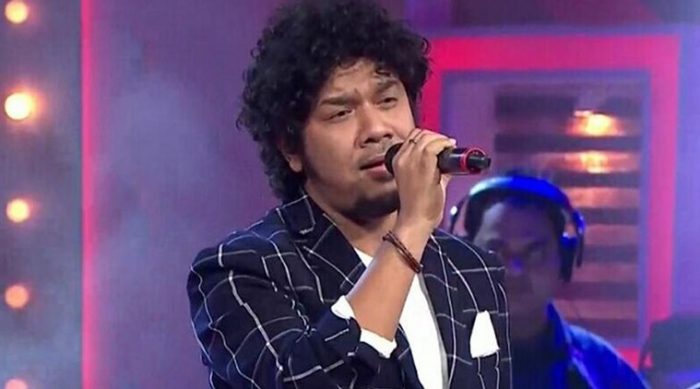 In a video that went viral yesterday, Angarag Papon Mahanta, popularly known as Papon can be seen kissing one of the girl contestants of ‘Voice of India Kids, Season 2’. The video that was posted as a Facebook live on Papon’s official page came to the notice of the Supreme Court lawyer, Runa Bhuyan, who took the matter to the National Commission for Protection of Child’s Rights (NCPCR).

While it is sad that the father of the girl has also termed Papon’s gesture as an ‘affectionate’ one, it cannot be ignored that the issue concerning the safety of kids on such shows requires attention. The only comments that have by far is from choreographer-director Farah Khan, who couldn’t firmly make up her mind about it, and Suchitra Krishnamoorthi and Raveena Tandon, who voiced their strong opinions:

I know #Papon he is good guy. But there is no doubt that when I saw the video it made me feel uncomfortable. I think he didn’t mean to do it but if it was my daughter I would not like it. I think people should not touch other people’s children, just to show affection: Farah Khan pic.twitter.com/dKGzPWRrpC

#papons legal representatives doing not good for him either,spoiling it further by making silly arguments,if it happened unintentionally and the girl moved her face,admit it happened,apologise,instead of giving it a “guru shishya” love spin,sounds repulsive.

While the entire country is enraged and debating about the issue at hand, Bollywood is busy pretending to go about their work as usual. With so many young and not-so-young parents in the industry, it is disturbing that no one is bothered about what happened on the sets of Voice of India Kids.

A quick look at the social media profiles of these socially active stars is enough to understand the thick-skin they have developed, when it comes to being vocal about the real issues. So, they’re busy meeting international CEOs, thanking Mumbai Police and singing with Mika at functions, making people guess the release date of their next movie, expressing their love for football, promoting summer collections of fashion brands and congratulating the team of the award-winning documentaries.

You are cooler than the ‘King’ my man. Great to meet you. https://t.co/qheyrOrL5G

How often do you thank the @MumbaiPolice for their service? Power-packed performances at #UmangOnZeeTV are bound to make their day amazing! Tune into @ZeeTV, this Sun, 25th Feb at 7 PM to celebrate their big day. pic.twitter.com/tJDkcUqZqC

If I have scared you enough with the Teaser of #Pari now watch me breeze through summertime sunshine in #NUSH Spring Summer Collection, coming soon @NushBrand pic.twitter.com/pYQNRgcnMD

Congratulations to the team of Raising the Bar on delivering such an impactful & inspiring documentary. It will make you happy, cry & leave you with hope. Let’s make an inclusive world, together. Watch the trailer here: https://t.co/R9kz5KuW1G#RaisingTheBar @IFFMelb @mitublange

Perhaps issues, problems and social causes matter only as long as they promote their films.