With the entire country torn apart over the ‘Good Vs Bad’ debate due to the sad state of affairs recently, One Last Question is a must watch. The movie talks about core human values and nature using the abominable web of teen militancy. 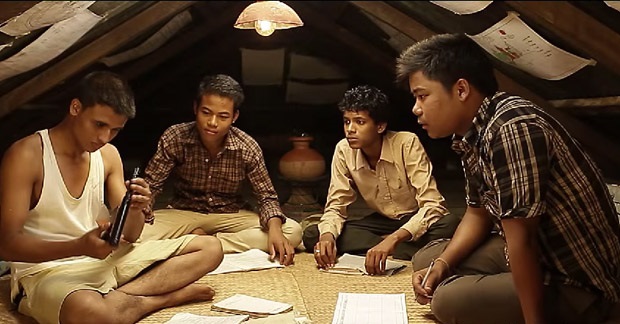 Set in the Indian state of Assam in 1998, the movie is a memoir of a man who had wanted to give up education and take up arms to join the extremists in Assam. Four friends – Tultul (protagonist), Senga, Shamim and Podumare are influenced to join the extremists who seek to establish Assam as an independent and separate country. The story sheds light on how the teens’ life is influenced by various circumstances. While Tultul is counseled by his father who sets him on the right direction, the other kids have something else in store.

The pivotal character of Tultul’s father has been played (superbly) by actor Adil Hussain. He does complete justice to his pragmatic role and acts as the voice of reason in the movie. The story serves as an example of how thousands of young boys and girls are sacrificed over war and how one step in the right direction can drastically change a young person’s life.