In an interview to me, actor Ajay Devgn underlined that the basic essence of  Shivaay is action but a ‘father-daughter love story’. He  said that the action in the film is very real and has emotions to it. He said Shivaay is not a project or a proposal but a film made with heart. He also told me that he wants tears in my eyes and a smile on my face while I watch the film. But does Shivaay, a film which has been under construction for last two years, fall at par with all the expectations Ajay Devgn promised? It does. But in parts.

Shivaay is one of Ajay Devgn’s most ambitious projects and has been shot at some real stunning locations. The cinematography in the film is never-seen-before in a Hindi film to say the least. The efforts to make it grand and thoughtful are visible but at time being over-dramatic kills the good intensions of the film-maker.

Shivaay starts with its pumping title track adding enough gloss to Ajay’s jaw-dropping stunts. He climbs from one snow-capped mountain to other and delivers a stunning visual treat to the eyes. Ajay’s Shivaay in the film is a mountaineer and the one who knows his shit well. He meets a girl from Bulgaria, Olga aka Erika Kaar and falls in love with her while saving her from an avalanche. They kiss and make out the way which will give you #MakingOutGoals. Then Kaar get pregnant but she doesn’t want the child. However, the man, because he has lived alone all his life, wants the baby. He asks Olga to bear his child for 9 months, give birth to her and then leave if she wants to. There comes problem no. 1.

They show a man with enough liberated thoughts of having a sexual relationship with a woman without asking her to marry him. He lives with her, loves her, protects her, takes care of her and finds his happiness around her. But when the same woman gets pregnant, all he wants is his child. He is no longer concerned about the woman’s happiness, her wishes, her plans, her responsibilities, her view of the world. 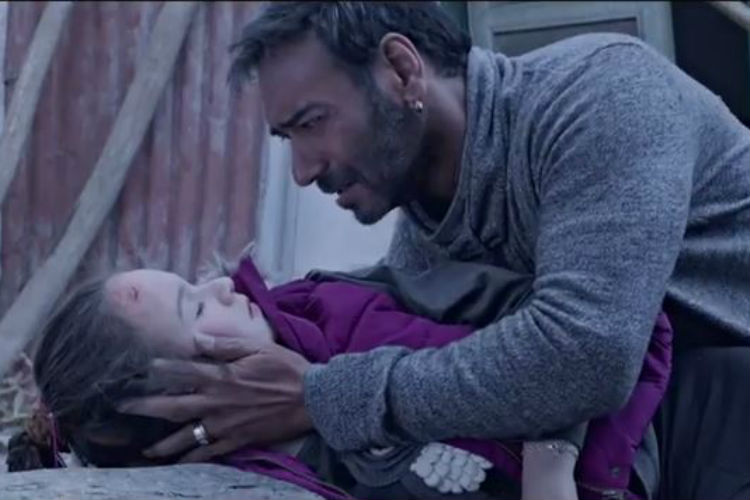 The woman does what’s expected of her. She delivers the child and goes back to her world in Bulgaria. Shivaay raises his daughter alone only to be taking her back to meet her mother after nine years. However, situations trap him and the destruction begins. Shivaay gets into the ‘rudra’ avatar and does ‘vinaash.’ A lot of car chasing (bus chasing too) and some nicely choreographed action scenes follow. Whenever Shivaay comes in his full force, you sit up and notice. He kills in style and kind of tries to make Bulgaria a crime-free place. Constant background music asking us to ‘bolo har har har‘ adds pace to the action scenes. And there comes problem no. 2.

The music of the film seems so good that it overshadows its action scenes. Not that the action sequences are not good, but music infuses them with more energy and drowns its overall impact.

The problem no 3 and 4 are connected. Shivaay has blatantly dramatic dialogues which makes itover-the-top watch. Dialogues like “Zarurat se zayada kabhi usse manga nahi…..Zarurat se kam kabhi usne diya nahi” take you back to the 90s Bollywood. There’s no problem in the 90s Bollywood. Just that you don’t want to have flashbacks when you have something as grand as Shivaay running in front of you.

Ajay Devgn tried to bring a different, probably an exotic version of masala Bollywood. It has drama, romance, emotions, visuals, graphics, action and a thematic music. The flaws also stand clear. Shivaay, from its most enriching scene to its most tired one, is whole-heartedly an Ajay Devgn film. There’s little scope for other characters including the firangi villain in the film. This is a surprise as the antagonists of Hindi movies are usually given prominence and have structured character details. Shivaay’s villain on the other hand is brutal disappointment. Abigail Eames has finesse in her sense of acting. But she has been reduced to portray a few repetitive emotions on screen and that restricts her from crossing the wall and deliver something outstanding. 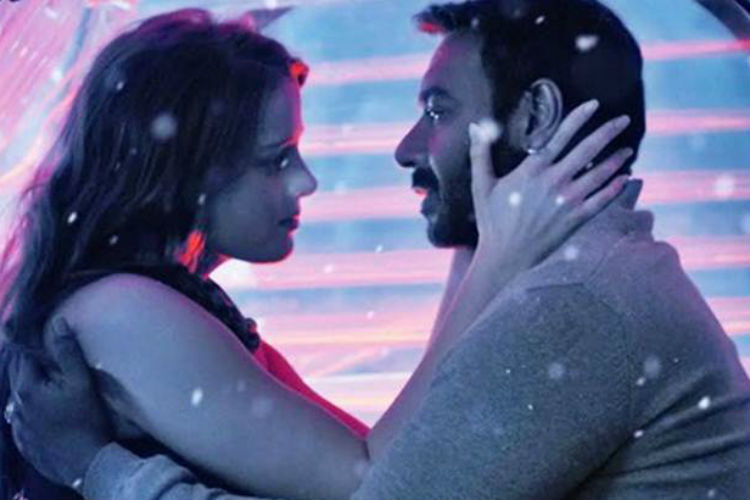 Sayeshaa Saigal has done a decent job as a debutant. Just that her character didn’t have a lot to do in the film. They could have in fact done without Vir Das and combined his hacker character with that of Sayyeshaa’s. This brings me to the problem no. 5, which will irk most of the viewers — the length of the film. The duration of the film is little more than 172 minutes. Reduce the climax scene by a few minutes, remove unnecessary characters, make the action scene little more crisp and you could have a better film of a shorter duration.

As is, Shivaay has its heart in place but it does not match upto the level of your expectations with Ajay Devgn’s performance (Drishyam’s Ajay Devgn has more to him than Shivaay’s Ajay Devgn). Still it’s an experience worth having on a 70 mm screen. Efforts speak up for Shivaay and it has possibilities of creating destruction at the Box Office this Diwali.