The celebrity reviews of Shah Rukh Khan and Alia Bhatt starrer Dear Zindagi are out, and it looks like they are already in love with the movie. From Dia Mirza, Jitesh Pillaai, Sophie Choudry to Shekhar Ravjiani and Mini Mathur, every B-Town celeb is just loving it and only have good things to say about the film. The film’s music album is already a big hit and the fresh pairing of SRK and Ali Bhatt makes it even more interesting. Though there is no romantic connection between the actors, their characters are being loved by Bollywood. And going by their reviews on the social media, it would not be wrong to say that the movie is going to be Box-Office hit. 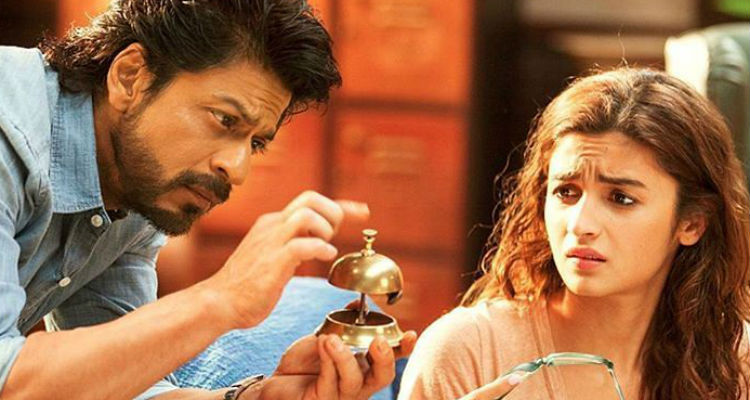 Dear Zindagi is a slice-of-life film with Alia Bhatt playing the role of Kiara, the protagonist and an aspiring filmmaker, who is on the lookout for a lot of unanswered questions, while Shah Rukh Khan is playing the role of Jehangir, a therapist, who gives her some life lessons. Written and directed by Gauri Shinde and co-produced by Karan Johar, the film also features Ali Zafar, Aditya Roy Kapur, Kunal Kapoor and Angad Bedi. 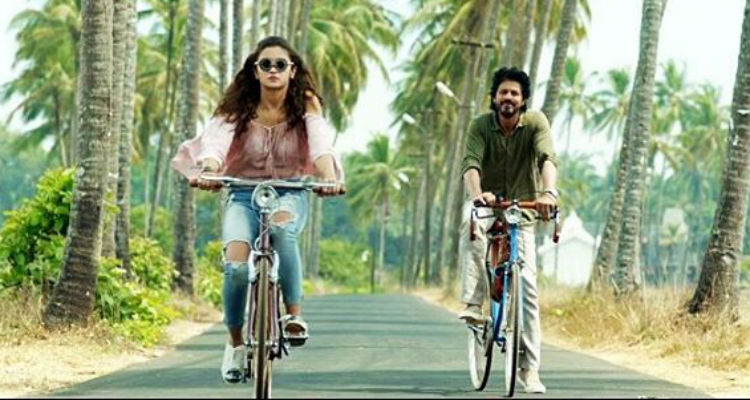 Actress Dia Mirza and Jitesh Pillaai took to twitter and in a series of tweets, praised Alia Bhatt for her incredible acting and movie choices and said that everyone wants to go to a therapist like Jahangir Khan. 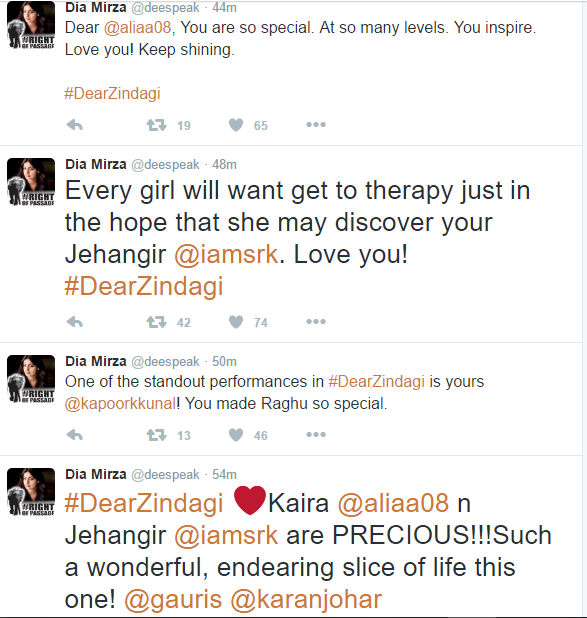 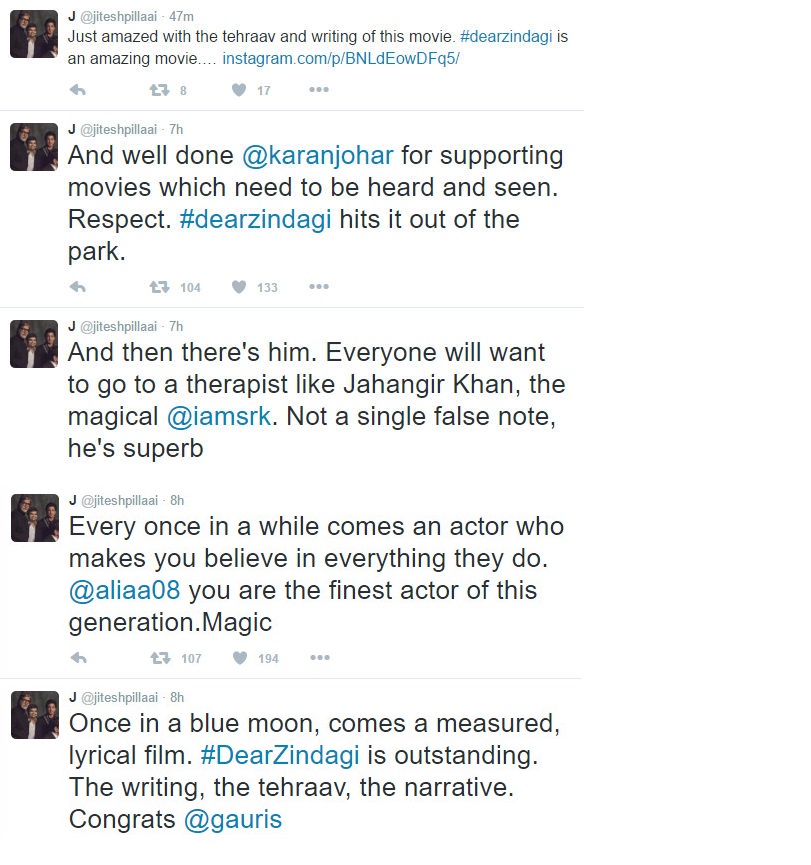 Also read: Dear Zindagi: Has the censor board really passed the SRK-Alia film with no cuts?

This is for the first time that Shah Rukh and Alia will be seen sharing a screen together and after all these praises about the movie, it would be great to see their unconventional pairing in other films as well. See what our celebs have to say about Kiara and Jahangir’s precious relationship:

What a lovely film Dear Zindagi is! All Hats off @gauris ! @aliaa08 is just stunningly gifted! Go girls go-fall in love with @iamsrk AGAIN

Few films stay with you long after credits roll. #DearZindagi is one. What a sweet and beautiful film! Congratulations, @gauris @karanjohar!

#nandinisrikent stop being so darn good! Great work babe! Much love and more power to you @RedChilliesEnt #DearZindagi

From this weekend women thinking of consulting an analyst will make an appt right away, esp if he’s like @iamsrk in #DearZindagi @gauris

#DearZindagi! A fantastic film by @gauris! @aliaa08 & @iamsrk just walk you through this beauty with sheer brilliance!@karanjohar

What an amazing experience I had last night watching #DearZindagi. I’m still thinking about it,it’s all heart and so pure. @gauris thank u:)

@gauris hearing super duper things about the film #DearZindagi ma’am .cannot wait to watch now ! much love to you !

Watched #DearZindagi last night @gauris has some special recipe for telling stories that touch your heart. A must watch film…

#DearZindagi I love you! I need a therapist like @iamsrk and I’m so happy @aliaa08 exists… thank you @gauris

Love you @gauris. So proud of you. #DearZindagi

#DearZindagi is a very touching special film with crucial life lessons that u should not miss ,thank u @gauris for this experience

Favourite Director. Favourite Actor. Can’t wait to see it tomorrow. #DearZindagi @gauris @iamsrk This one feels like a GEM!!!

When one of ur favourite director @gauris delivers yet again with pure gold at cinema. You rejoice by saying love u #DearZindagi #MastWatch

#DearZindagi stays with you 2-3 days after watching it. Only a very sensitive person could have made this film. Congratulation @gauris 🙂