Move over ‘Ae Dil Hai Mushkil’ as Karan Johar’s Dharma Production has released the poster of Alia Bhatt and Shahrukh Khan starrer ‘Dear Zindagi’. The makers of the movie have decided to give a sweet surprise to all the fans out there by unveiling the first look of the Gauri Shinde’s film. The movie is one of the most anticipated movies of the year. Besides its unique storyline, this is the first time Alia Bhatt and SRK will share the screen space.

The poster of the film features Alia and SRK together driving a bicycle. Shah Rukh looks suave in a casual avatar and a cool pair of shades whereas Alia looks cute as usual. The poster is catchy and the movie looks promising. Check out the poster below: 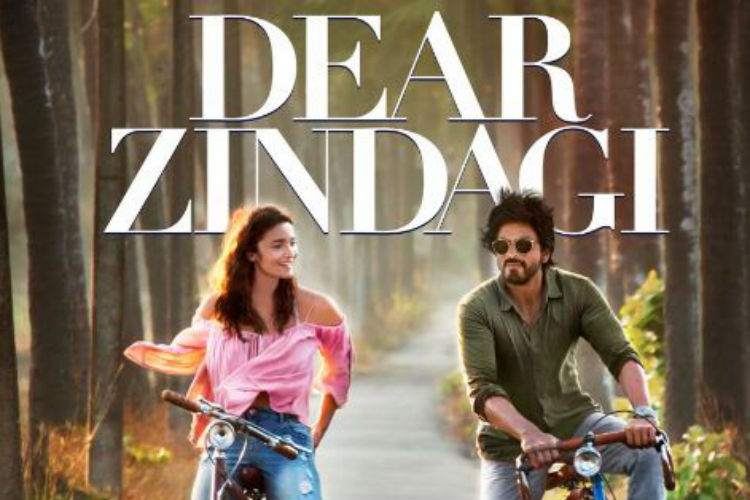 The star cast of the movie had a gala time while shooting for the film. SRK and Alia have been exchanging cryptic tweets every now and then. There have been tweets in the past where Alia has asked a couple of questions from the King Khan. The actor has responded to them in a quirky way. At times he has gone philosophical way to explain Alia about life. Their sweet exchange on social media has hooked the fans instantly. Recently, the actress posted a video where she can be seen addressing an important issue with SRK. She said, “Dear Zindagi, you know what Tuesday makes me? Tuesday makes me impatient. Today is Tuesday and Tuesday deserves something, give me something please?”

Like a true gentleman, Shah Rukh took notice of Alia’s concern and replied in the hilarious way possible. He shared a video on social media where he can be seen singing, “Dear Zindagi, gale laga le.”

This @aliaa08 has no sense of timing. But I have to answer her….wherever I am. Hope the poster helps. #DearZindagi pic.twitter.com/VuNfdbj3dM

Apart from the two actors, the movie also stars Kunal Kapoor, Angad Bedi, Siddharth Shukla and Aditya Roy Kapur in lead roles. The movie is slated for a November 25, 2016.