The trailer launch of Sanjay Dutt’s upcoming film Bhoomi was undoubtedly a special event, as the film marks the comeback of Baba on the silver screen. But the event turned out to be even more special when the producers Bhushan Kumar and Sandeep Singh surprised the star with a letter from his daughter Trishala that was played as a voice note at the Bhoomi trailer launch. The upcoming revenge drama celebrates the bond between a father and daughter, so Sanjay felt it was fitting to launch the trailer on Trishala’s birthday.

His daughter sent an emotional voice note to her father, which was played at the launch. In her voice note, Trishala said: “Dearest Daddy Duke, it feels so nice to know that you chose my birthday to release the trailer of ‘Bhoomi’. It gives me the joy to know you have chosen a film based on the father-daughter relationship as your comeback film. I am really really proud of you dad, you are stronger than you ever know and I am really blessed to be a part of your life. I love you forever. Trishala.” 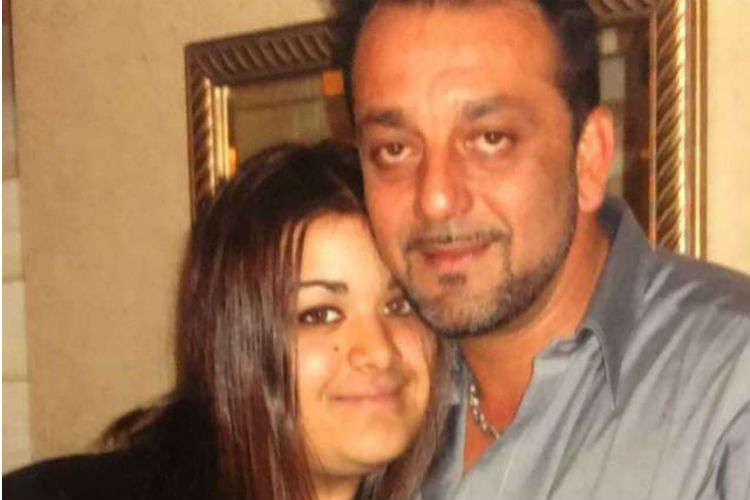 Trishala Dutt along with her father Sanjay Dutt (Courtesy-Instagram)

Apart from Sanjay Dutt, the event was also attended by celebrities including Rajkumar Hirani, Vidhu Vinod Chopra and Ranbir Kapoor, the latter of whom will next be seen playing Sanjay Dutt in his biopic.

Directed by Omung Kumar, Bhoomi also features Aditi Rao Hydari as Sanjay Dutt’s on-screen daughter. The film will mark Sanjay Dutt’s first Bollywood outing after he was released from the Yerwada Central Jail in 2016. It also has Sharad Kelkar in a negative role.

Also Read: Sanjay Dutt is more eager than us to see himself as Munna Bhai: Rajkumar Hirani has a happy news to share