Sanjay Dutt is currently shooting for his comeback film Bhoomi in Agra. The team held a press conference in the city today to talk about the film and much more. During the interaction when Dutt was asked about the ongoing controversy of Gurmehar Kaur, he chose to reserve his comment. The 57-year-old actor said the issue should be handled by ‘bade log’; which could mean the administration.

In fact, the actor was unaware of controversy and his co-star Aditi Rao Hydari doled him the details. On learning about it, Sanjay decided to play it smart by not commenting anything. 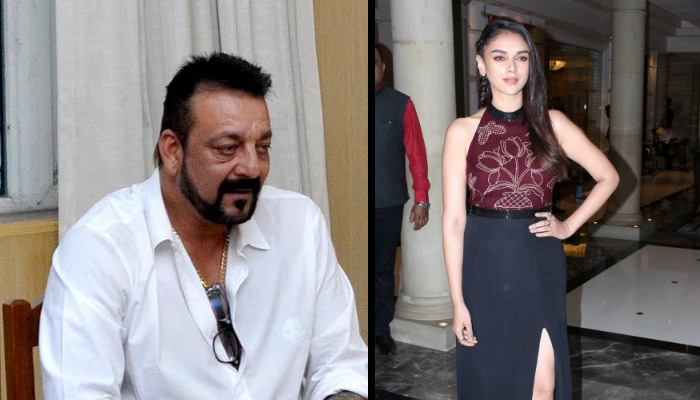 DU student Gurmehar Kaur found herself at the centre of a nationwide debate when she stood against the alleged violence of ABVP at Ramjas College, a few days ago. After this, an old video of Gurmehar, in which she called for peace between India and Pakistan, went viral and invited problems for her. Many called the 20-year-old an anti-national and trolled her on social media for her opinion.

Also read: No Bull shit. Here are 4 facts about the Ramjas violence and Gurmehar Kaur case you must know

This row got mixed reactions from every nook and corner of the nation. Bollywood celebrities like Javed Akhtar, Shruti Seth, Vidya Balan, Vishal  Dadlani and Sonam Kapoor applauded Gurmehar Kaur for showing courage.

However, when Amitabh Bachchan was questioned on the issue he didn’t express his opinion. For not taking a stand, the megastar received brickbats on Twitter. Now, we wonder what reaction will Sanjay Dutt’s response on the matter garner.

Bhoomi, directed by Omung Kumar, also stars Sharad Kelkar as the antagonist. The film is based on a father-daughter relationship.