The trailer of Salman Khan’s Tubelight is here after a long wait. The Kabir Khan directorial, which is a big Eid release this year, is about a man’s journey to find his missing brother who’s serving as a soldier. As unimpressive as the teaser of the film appeared, the trailer of Tubelight is a fresh and sweet take on family bonds and starts by establishing that the film is set against the backdrop of 1962 Indo-China war.

Apart from Salman Khan, Tubelight also features Sohail Khan in a pivotal role. The actor, who was last seen with the Bajrangi Bhaijaan actor in Jai Ho, plays the character of his brother who went missing during the war. However beautiful the movie may appear now, there can’t be any denying that Tubelight is a big risk for Salman Khan. It’s one experimental film for Salman since it doesn’t belong to his acting style. It is neither action-oriented nor portrays him in a larger-than-life role rather, it focuses on family bonds and relationships.

The last time when Salman Khan took a gamble at this point of his stardom was when Bajrangi Bhaijaan was released. Again a Kabir Khan directorial, the film had the actor play a character who was completely naive and had no sense of the actual world—someone who didn’t know that one needs to take a visa to cross the border and reach Pakistan. The gamble worked, though. Bajrangi Bhaijaan turned out to be a big hit and Salman’s performance was praised by even those who could never warm up to his majestic on screen persona earlier.

This time, with Tubelight, the deal looks even riskier. Salman Khan’s last on-screen outing remains Sultan, which was again a big hit and had him in all his glorious action avatar. In Tubelight, Salman Khan is playing an adult who hasn’t really grown up. For him, his brother is the world and whatever happens beyond his world does not concern him. There’s a reason why he is addressed as ‘Tubelight’ because that’s how people without much intellect are mocked in society.

Tubelight may have a story filled with emotions but it certainly lacks the aura that Salman Khan is known to be carrying around him. Yes, there is a possibility that the movie gets widely praised for its content but it would be interesting to see whether it will appeal to Bhai maniacs or not. Something like Prem Ratan Dhan Payo, which also dealt with a ‘non-Salman Khan’ subject, can easily fall flat on the audience’s expectations. His films where Salman does some unbelievable action, becomes the saviour of the world and appears like a God’s gift to the mankind, guarantee a sure-shot entertainment to the Bhai fans at least. Here, with the content like Tubelight, he’s trying to appeal to the audiences beyond his fan base, which is great, of course, but what if it fails to impress? It will be considered a failure by one and all. Something, which happened with Shah Rukh Khan’s Fan. When the King of Romance tried to go a little off beat—did not open his arms on screen—and aimed at generating content for the audience beyond his fan-base, nothing really worked out. 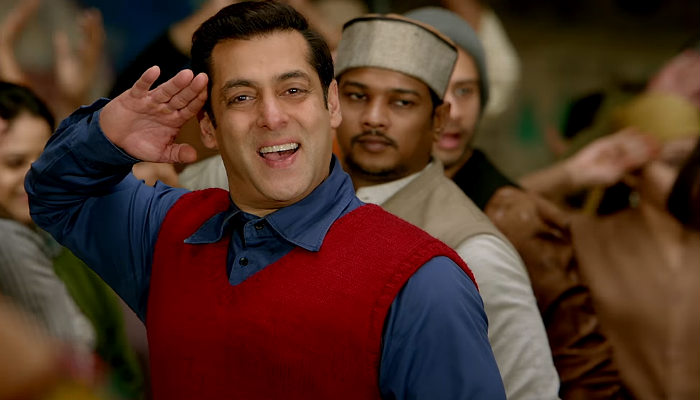 As of now, it would be too early to say anything but fingers remain crossed!

Also read: Did you spot Shah Rukh Khan in the trailer of the Salman Khan’s Tubelight? [Watch video]