The three of the Bollywood biggies — Akshay Kumar, Salman Khan and Karan Johar have joined hands for a movie. Taking to micro-blogging website Twitter, Akshay announced that he would be featuring in a film which will be produced by both SKF and Dharma Productions. The big film will release in 2018 and will be helmed by Anurag Singh, a national award-winning Punjabi film director.

It is still not clear if Salman will share screen space with Akshay in this movie or not. However, the actor made it official that Akshay will definitely feature in the lead in this yet-to-be-titled film.

Both Akshay and Salman have earlier featured together in Jaan-E-Mann (2006) and Mujhse Shaadi Karogi (2004). In both the films, the quirky chemistry between the two superstars entertained the audience a lot.

Akshay and Salman have always been vocal about their friendship. Quite recently, at the teaser launch of Akshay’s upcoming — 2.o, Salman dropped in uninvited just to be by his buddy’s side. On Karan’s chat show too, Salman expressed his affection towards Khiladi Kumar. 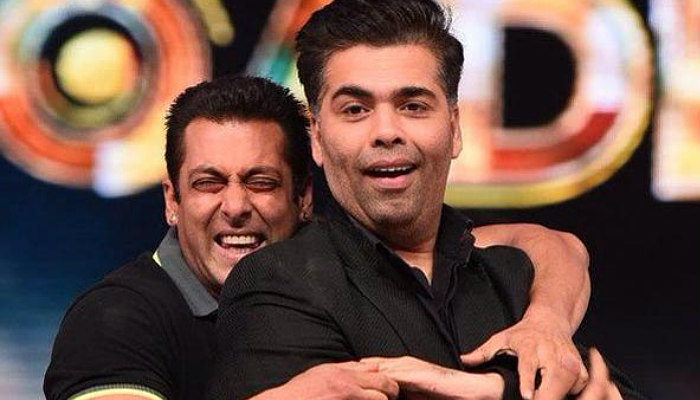 What makes this movie more buzz-generating is the fact that Karan Johar, the producer and Salman Khan, the head honcho of Salman Khan films will be joining hands. Barring the 1998 hit movie Kuch Kuch Hota Hai, KJo and Salman have never really worked together. So this qualifies as a first after a long time.

Anurag Singh, who will be the flag bearer of this intriguing project has earlier helmed popular Punjabi films like Punjab 1984, Jatt and Juliet and Yaar Annmulle.

Apart from this new film, Akshay has 2. 0, Jolly LLB 2, Toilet Ek Prem Katha, Padman, Crack and Gold in the kitty. Rejoice as we dig out for more scoop on the news.