After her enthralling performance in Aniruddha Roy Chowdhury’s Pink, Taapsee Pannu is back to charm the audience with her romantic comedy film Running Shaadi. Produced by Shoojit Sircar, the movie, which also stars Kai Po Che fame actor Amit Sadh is a fresh take on love marriages. But is it good enough for you to watch the movie in your nearby theatres? We are here with our Running Shaadi movie review.

First thing first, this startup culture has emerged as a strong force in India. So when Band Baaja Baraat starring Ranveer Singh and Anushka Sharma hit the theatres, it garnered a huge fan following. Now, there is definitely no comparison between the two, but Taapsee and Amit’s Running Shaadi is another brilliant idea that falters in places.

Tapsee Pannu in a still of the movie (Courtesy: Times Music)

Running Shaadi revolves around two friends Amit (Ram Bharose) and Arsh Bajwa (Cyberjeet) who come up with a unique idea to help lovers who want to elope and are struggling to convince their parents for love marriage. They open a website which is RunningShaadi.com that helps all the couples. However, as simple as it sounds, this can’t be done alone and this is where Taapsee Pannu (Nimmi) steps in to help them out. 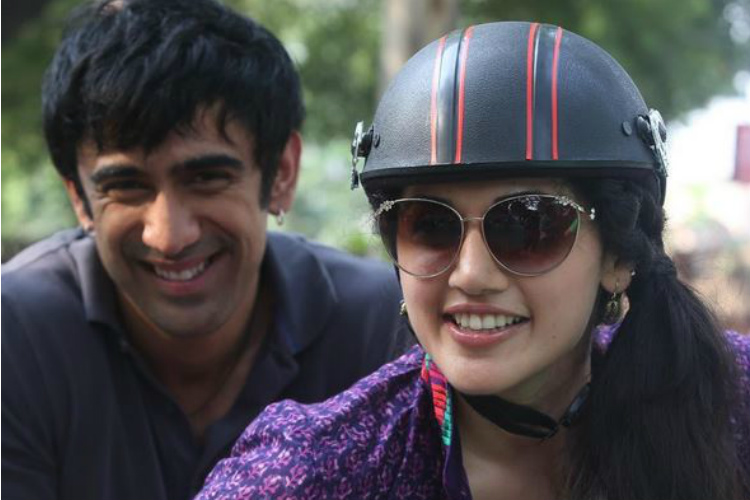 Soon their startup starts flourishing (off course!) but then as cool as it sounds, the trio start facing problems from the society. Amid the external ones, all the three characters undergo transformation and fight their own demons. The story is all about their journey. 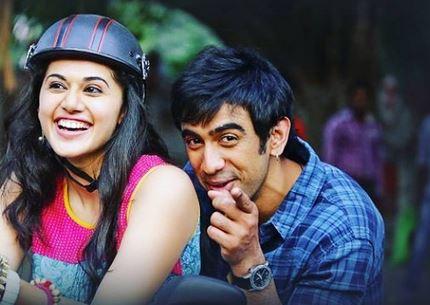 This has got to be Amit Sadh’s masterstroke when it comes to his filmy career. Amit gave a wonderful performance in the film. His gripping performance in the past has already been a talking point and this time also, the actor has nailed his character. Ram Bharose is intelligent and ambitious. He is courageous but looks vulnerable at times . . . especially in the second half. 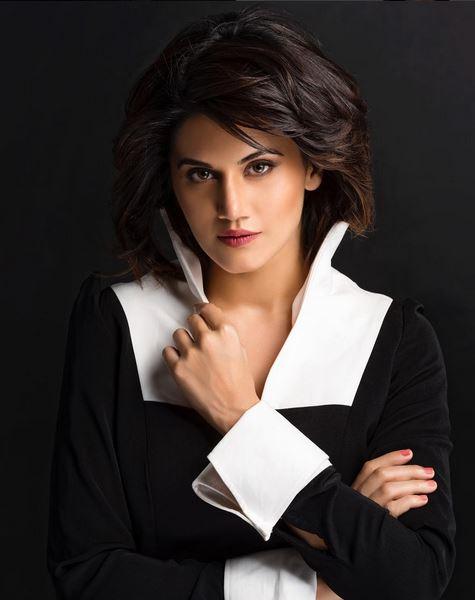 A lot is said about the acting prowess of Taapsee Pannu in the past. Her bubbly character Nimmi does all the talking in the film. She is strong, independent and is the perfect go-getter. There are scenes in the film where her acting has been top class. Her chemistry with Amit is breezy but then at times, it did falter.

Cyberjeet is hilarious and funny. Undoubtedly, he is the underdog in the film. There are times when his comic timing takes us by surprise. He is the star to look forward too.

Produced by Shoojit Sircar, Ronnie Lahiri, and Crouching Tiger Motion Pictures – the story has a unique angle. The movie had tremendous potential but the first half of the film takes too much time to build up things. The comical touch to the film is the only saving grace in the film. Watch it, if you are a hardcore Taapsee Pannu fan – otherwise, you can wait for the television premier of the film.