Everyone is talking about the trailer of Diljit Dosnajh’s next film, Super Singh. No, it’s not a Hindi film. The trailer of his much-awaited Punjabi film has him playing the titular character and Sonam Bajwa as his love interest. Super Singh, produced by  Ekta Kapoor and Shobha Kapoor is a film about an ordinary Sikh man discovering his special power and becoming the saviour of the world.

While a lot of super hero films have already been produced by the Indian film industry, not many except Hrithik Roshan’s Krrish series have been successful. The audience in India do not really warm up to super hero content, may be because major audience considers that this genre is only appropriate for kids’ viewing.

The three minutes 11 seconds trailer of Super Singh looks quite interesting as it comprises funny one-liners, good music and intriguing chemistry between Diljit and Sonam. What is also quite observational about the trailer is how it reminds you of Tiger Shroff and Jacqueline Fernandez’ Hindi film — Flying Jatt. While the film wasn’t successful, it was made on the same lines.

Super Singh though clearly looks way ahead of Flying Jatt, both in terms of storytelling and characterisation. Also, Diljit looks super cool as the super hero and super cute as a village boy from Punjab who’s living in Montreal, Canada. 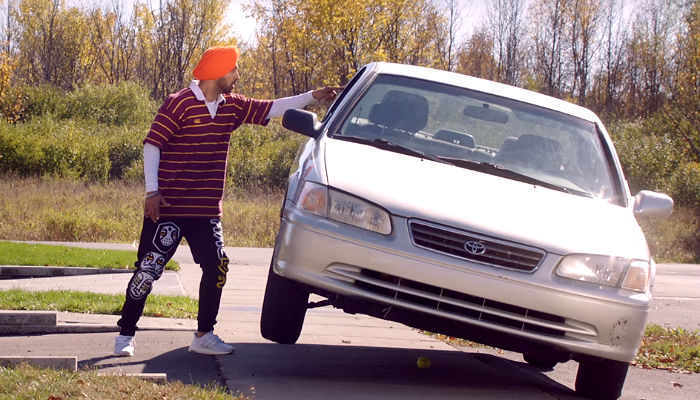 The trailer is one of the top trends on YouTube and has garnered over 1 million views. In fact, social media is also abuzz with messages welcoming the ‘king of Punjab’ in a new super hero avatar. Check out a few tweets here:

https://t.co/v0hXp4ojRY @diljitdosanjh it so amazing waiting for rhe movie.. you are too good

You just wait, it will cross all the records
Goodluck! Godbless! @diljitdosanjh https://t.co/tr7bBPARH0

The film is slated to release on June 16.