Much has been said and multiple movies have been made on mothers in Indian cinema, so how is Sarjun KM’s short film, Maa, different? For one, Maa explores the taboo of teenage pregnancy (no, not due to an early marriage).

However much we would love to say that ‘such things’ only happen in the West, fact of the matter is that teenage pregnancy is a reality in India as well. To not discuss this issue because apparently we run on ‘strong moral values’ and where the ‘honour of the family’ is vested in woman’s vagina is foolish to say the least. Maa will surely make many uncomfortable, and some of us cry. The film has already received more than 4 million views on YouTube.

A still from Maa

Starring Kani Kusruti and Anikha Surendran in lead roles, Maa stands out for several reasons. Ammu (played by Anikha) is a bright young girl who loves to play hockey. Her mother (Kani) is supportive of her love for the game while her strict, conservative father wants her to focus on education. The opening scene introduces us to a happy Ammu, who’s playing hockey. A fainting spell later reality sets in. We won’t give out what happens next, but rest assured you won’t regret watching it.

Maa portrays conservatism with two of scenes: Ammu’s father telling her mother off for allowing her to wear ‘inappropriate’ shorts; and in another one, he discusses how it’s not okay for boys and girls to sit on the same bench.

The thing that stands out the most in the film is, of course, the strong bond between the mother and the daughter. It is most relatable to see how Ammu’s mother stands with and for her, in her difficult times protecting her. Maa portrays all the strength that women are born with, which Kani Kusruti portrays with compassion. She strikes a perfect balance between what society expects of her and of the duty towards her daughter. 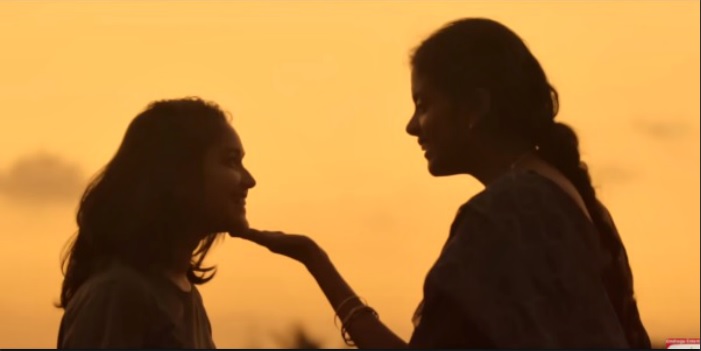 A screenshot from the film