The wait is over and ‘Metro Man’ E Sreedharan’s biopic will hit screens next year. The poster of the film, titled ‘Ramasethu: A Bridge Between God and Society ’ and directed by VK Prakash, was unveiled at Sreedharan’s residence in Kerala’s Ponnani on Tuesday. Malayalam star Jayasurya will play the Sreedharan’s role in the film, which chronicles his life from his 30s to the present. The first edition of the movie will be made in Malayalam but the movie will be dubbed in other languages including Hindi later, a Hindustan Times report said.

Born in 1932 in present-day Palakkad district, Elattuvalapil Sreedharan joined the Indian Railway after clearing Indian Engineering Service in 1953. Sreedharan is credited with revolutionising India’s public transport. He was the managing director of Delhi Metro Rail Corporation for 17 years from 1995. He received the sobriquet ‘Metro Man’ for his groundbreaking work of Delhi Metro which has an average daily commute volume of nearly 28 lakh. He also served as the Principal Advisor of Kochi Metro Rail Project.

But it’s not just the metro projects that have been to Sreedharan’s credit. He shot to fame in 1964 for the reconstruction of Pamban Bridge at Rameswaram that was washed off in a cyclone. Sreedharan reconstructed it in a record time of 46 days. He also played a vital role in the development of Konkan Railways.

He won many accolades including Padma Vibhushan in 2008 and Knight of the Legion of Honour – the highest French civilian distinction by the French government- in 2005. 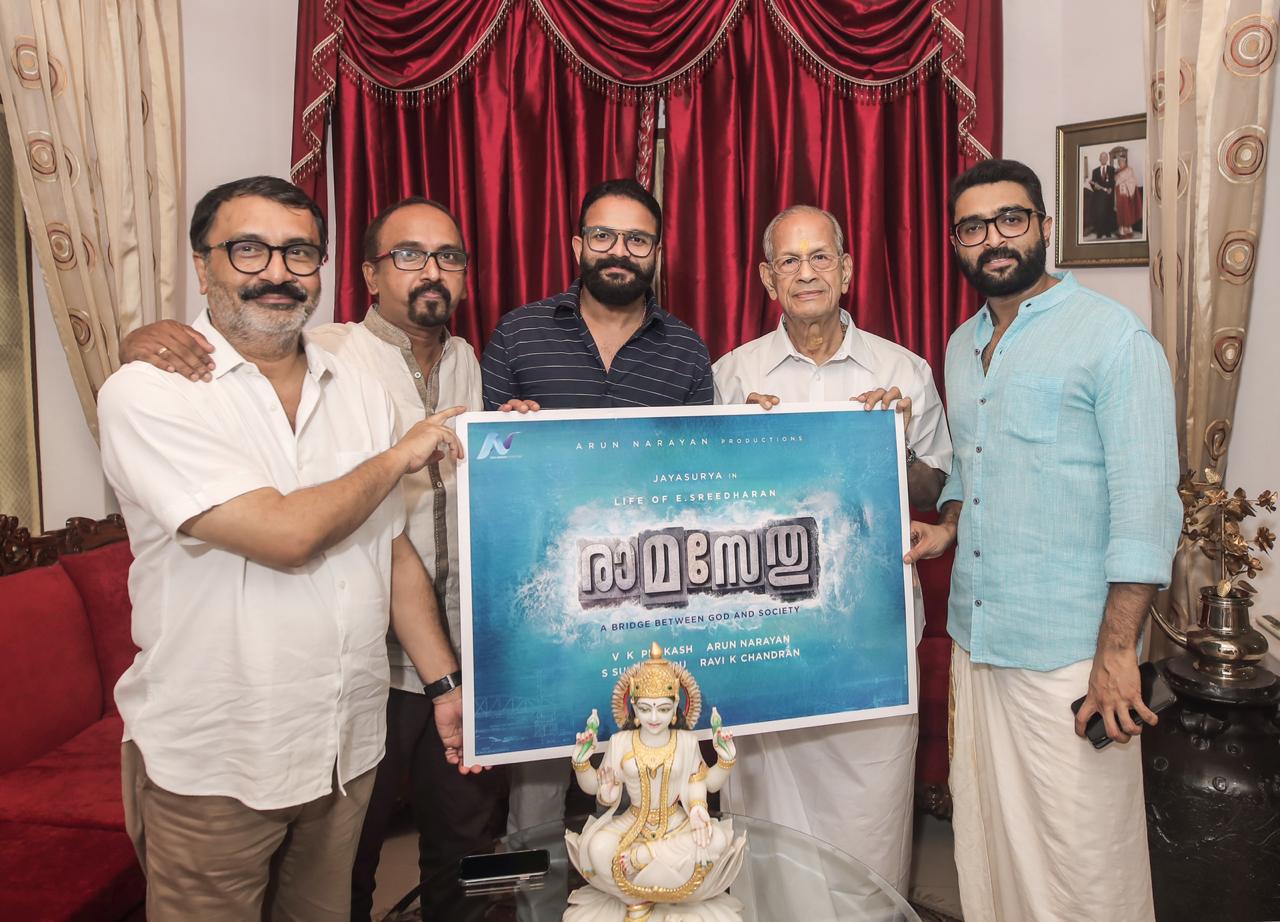 Helmed by VK Prakash and scriptwriter Suresh Babu, the filmmakers have been trying to get the rights of the biopic for the past five six years . “Getting his approval was the best thing because he is someone who is not too fond of publicity,” VK Prakash told New Indian Express. “Several big production houses had also approached for it. Also, it’s been 35 years since Sreedharan sir watched a film, so it’s a matter of great pride that he liked our script and has given his permission to go ahead,” Suresh Babu told The Times of India. Jayasurya has earlier donned the role of former Indian football team captain VP Sathyan and won the Kerala State Award for Best Actor.

The shooting of Ramasethu will begin from next January, and is expected to release in April.