Everyone calm down for a second there. Rakhi Sawant did not win an actual Dadasaheb Phalke award. That too for being the Best Item Dancer of the year. The one she got is kind of a fake one.

The actual Dadasaheb Phalke Award was instituted in 1969 in honour of Dhundiraj Govind Phalke, more fondly remembered as Dadasaheb. He was a pioneer among Indian filmmakers and is often referred to as “the father of Indian cinema”. 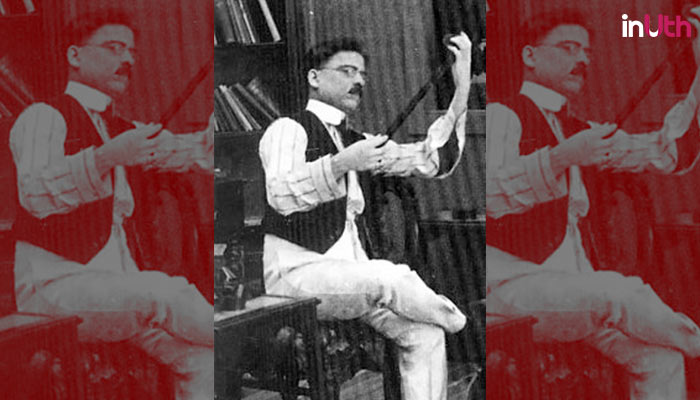 India’s highest cinematic honour is given out as a Lifetime Achievement Award for making an outstanding contribution to the growth and development of Indian cinema. And only one person receives it at the annually held National Film Awards every year. The winner is usually presented with a Swarna Kamal (Golden Lotus) medallion, cash prize of Rs.1 lakh and a certificate of merit. And there are no subcategories under this award.

Icons like Raj Kapoor, Manoj Kumar, Dilip Kumar, Dev Anand, and Lata Mangeshkar, among other veterans, have been recipients of this award in the past. Now the award they won is the only one worth anything. The one Rakhi Sawant won has also been given to the likes of the controversial Dera Sacha Sauda head Gurmeet Ram Rahim Singh ‘Insan’. He received it for “Most Popular Actor, Director and Writer” for his MSG: The Messenger, the film that gave Gunda a run for it’s reputation to be the crappiest film produced from our land.

The Dadasaheb Phalke Film Foundation Awards is completely different from the Dadasaheb Phalke Excellence Awards, which is the one that really matters. It’s in no way connected to the one awarded by the Directorate of Film Festivals, an organisation set up by the Ministry of Information and Broadcasting and the organiser of the National Film Awards.

According to an IndiaTimes report, Sawant was questioned by a reporter if she bought the award. To which she gave a trademark Rakhi Sawant response, “Not at all. Hamari itni aukaat nai hai award ko purchase karein. The jury and the federation realised that Rakhi Sawant hasn’t received an award since 12 years so I am very thankful to them. It gives us motivation when an artist is honored with an award. It makes us work harder.”

Given all the confusion among the two, a few years ago Central Board of Film Certification (CBFC) member Vani Tripathi Tikoo had tweeted: “There is only one ‘Dada Saheb Phalke’ Award constituted by @MIB_India anyone else using the name is a gross violation of this prestigious award and its name (sic).”

Tikoo had further spoken to Hindustan Times to clarify the whole thing, “This is a complete disregard of one of the highest, coveted and acclaimed awards by the Government of India and Ministry of Information and Broadcasting. I think, several times these people (organisers of awards using the same name) have been told, if I’m not wrong, by the ministry also. The film industry is equally appalled. This tamasha happens every year, and shows their lack of respect and intention to even have any regard towards the Bharat Ratna of cinema.”

Now you know, so chill…and maybe LOL a bit.