I used to be a fan of Ajay Devgan. Yes, when he was ‘Devgan’ and not Devgn. And it’s hard to not be reminded of the actor’s ‘issue-based films’ from the late 1990s and early 2000s, as one walks out of Rajkumar Gupta’s Raid. ‘Devgan’ was a different entity altogether, who had a nose for smart scripts by writer-directors like Mahesh Bhatt, Rajkumar Santoshi and Prakash Jha. ‘Devgan’ was fearless in his choices, something one can hardly say about Devgn. Stardom and Box Office success robbed us of the intense actor we once knew of. 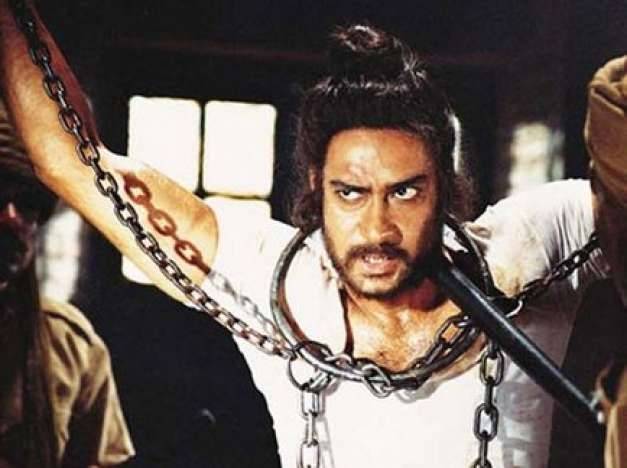 When he is not busy headlining the mindless reboots of Golmaal, he chooses to star in the fifth remake of Drishyam (Drishyam has been made in all the four South languages and scored bit at the Box Office), or the second part of Singham. Even Raid reeks of Devgn shamelessly jumping on the Akshay Kumar bandwagon of PSAs, peddling his love for Bharat Mata. It’s sad to see an actor I grew up admiring, fighting tooth and nail to preserve whatever remains of his fragile stardom.

ALSO READ: Raid Trailer: Ajay Devgn’s avatar as a resolute IT officer reminds us of Gangaajal

He continues to play the ‘hero’ in his latest film, someone who picks cheap rum over scotch at a party because – main sirf wohi peeta hoon jo khareed sakoon. When he’s asked as to whether he’s afraid of conducting a raid on someone powerful, he replies with – Main kisi se nahi darta. Main kisi ka bhi darwaza khatkhatane ki himmat rakhta hoon. The sheer originality of that dialogue, woke me up from my comfortable nap.

Rajkumar Gupta’s latest film is ‘based on a true story’ of a raid conducted in 1981 in Lucknow, Uttar Pradesh. Widely reported as one of the most monumental raids in the history of the Income Tax Department, the film doesn’t even come close to doing justice to the thrilling real-life account. Instead, it is more intent on deifying the ‘hero’ and reducing everyone else to stock characters. Including actors like Amit Sial, Saurabh Shukla and Sheeba Chadha. Shukla plays the moustache-twirling local Thekedaar/politician, while Sial is the bumbling officer who is ‘inspired’ to mend his ways after seeing the idealistic ‘hero’.

What really got my goat was when an ‘adarsho ka pakka’ Devgn breaks protocol and allows the culprit to leave home and manipulate his way out of the raid because – mere sachchai mein sabse zyada taakat.

In case Devgn forgot, let’s all remind him it is 2018. Sure, the film is set in the pre-liberalisation era but do we have to still make films with Himmatwala sensibilities? The only reason Ileana D’Cruz is a part of the film, so the makers can segue into a couple of Tanishk Bagchi ballads to help the ‘hero’ reminisce about his love interest, taking a break from his farz. The only other fathomable reason is so that the ‘wife’ can be used as a bargaining chip to get into the head of the adarsh karamchari. Bechdel who?

Rajkumar Gupta showed immense flair in his directorial debut Aamir (2008) when he used a qawwali (Amit Trivedi’s Haan Reham) during a bloody confrontation. Unfortunately, he’s been on a downward spiral since, with the underwhelming No One Killed Jessica and Ghanchakkar. Even though his last two films were well-acted, the latest film doesn’t even cover that base. Something that used to mean restraint in Ajay Devgn’s better films, comes across as sheer laziness in this one. There’s a fantastic moment towards the end when a scared Devgn sits inside a room, preparing himself for the mob outside to tear him to pieces. Now only if the character had been pegged like this, from the very beginning.

It’s not very hard to see the timeliness of certain sequences in Raid, like a volatile mob that takes law into their own hands. It’s around this mob, that the film gets its only whistle-worthy dialogue Bheed kabhi gunehgaar nahi hoti.

There was potential to make this into a fact-based drama using the snappy style of a pre-Special 26 Neeraj Pandey. Instead, Gupta squanders his opportiunity to do with Ajay Devgn what Pandey did for Akshay Kumar. And it doesn’t look like Devgn really wants it either, he’s tucked too deep inside his superstar cocoon. Raid reminds us something we’ve known for a few years now, ‘Devgan’ is long dead.