Big Bollywood movies clashes are not unusual and just in the beginning of this new year we will witness one. As January 26 is approaching both Hrithik Roshan and Shah Rukh Khan are gearing up for their respective releases. While Shah Rukh Khan is leaving no stone unturned to make Raees a blockbuster, Hrithik Roshan also seems to be all ready to woo the audience with his romantic thriller Kaabil.

When we talk about Hrithik Roshan, his good looks strike our mind but the fact that cannot be ignored is that he is a good actor as well. Though his last release Mohenjo Daro was a dud and proved to be a disaster at the Box Office, the actor had also amazed the audience with his heart- wrenching performances in Zindagi Na Milegi Dobara, Koi Mil Gaya and Krrish.

The Greek God in a press interview said that his role in Kaabil is one of the most challenging characters he has ever played. He expressed his fright while he was doing the film and said that doing Kaabil has pushed him out of his comfort zone. He really had to stretch his limits for the role of a blind man he is playing in Kaabil.

While talking to Indian Express in an interview, Hrithik stressed on the fact that the clash should be taken sportingly. He said:

Also read: Raees vs Kaabil: Hrithik Roshan gives a damn to the Box Office clash, says ‘nobody owns the date’ 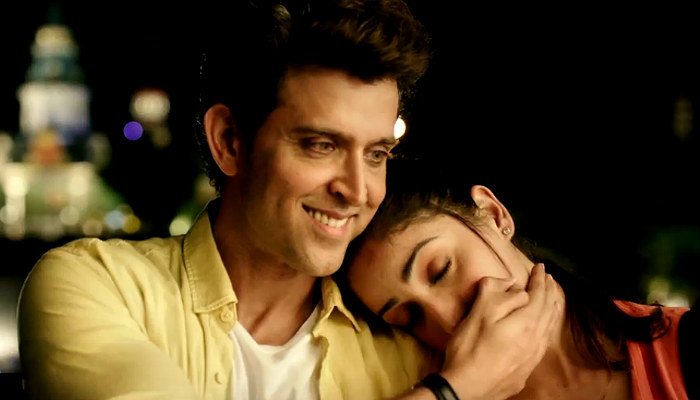 Hrithik Roshan and Yami Gautam in a still from Kaabil (Courtesy: YouTube)

He also looked optimistic and emphasized the point that although collections of both the films might get affected but the love will be bestowed by the audience on both Raees and Kaabil. Both these films are of different genre and people like variety.

Both Kaabil and Raees are releasing on 25 January.