When the first trailer for Baywatch was released, Indian fans were pretty disappointed as there was no sign of Priyanka Chopra in there. What did you say? She was? We must have blinked and missed it. Anyway, now is a different time. As Dwayne “The Rock” Johnson had promised us, there is more of Victoria Leeds than it seems. The latest poster of Baywatch is one that you can’t miss and it is all Priyanka! 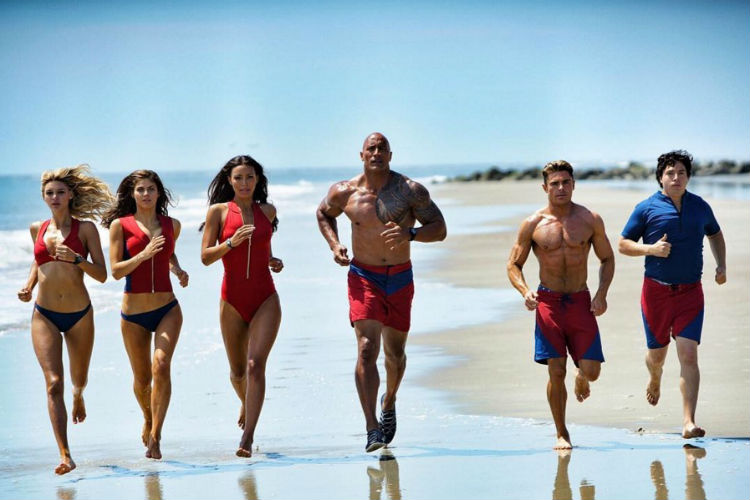 ALSO READ: Priyanka Chopra’s upcoming movie, Baywatch, gets adult rating in the US

The new poster of Baywatch was released recently and it is just Priyanka Chopra looking all intimidating (and sexy) as she stares at Dwayne Johnson and Zac Efron through her pulled-down glasses. The official Twitter handle of the movie shared the poster saying, “Looks that could kill. See @priyankachopra in Baywatch on May 25.#BeBaywatch Get your tix today or you’ll regret it”

Looks that could kill. See @priyankachopra in Baywatch on May 25.#BeBaywatch Get your tix today or you’ll regret it: https://t.co/YHTBuWqIKn pic.twitter.com/CsXFHKkQ5j

Oh! Yeah… and the tickets are available for sale apparently. You can get your tickets for Baywatch here.
The action-comedy movie, which stars Priyanka Chopra as Victoria Leeds, Dwayne Johnson as Mitch Buchannon, Zac Efron as Matt Brody, Alexandra Daddario, Kelly Rohrbach, Jon Bass and Ilfenesh Hadera, will hit the theatres on May 25. 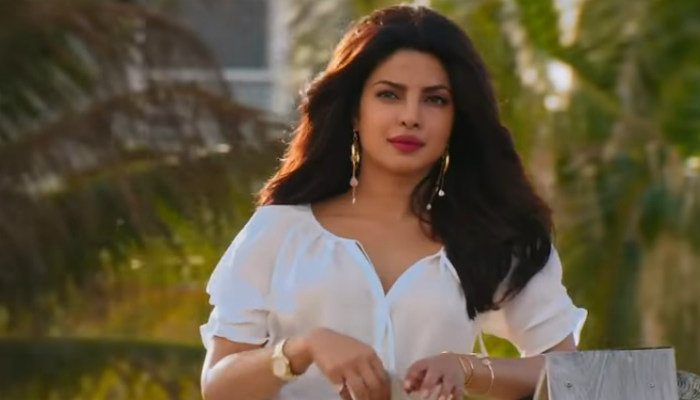 Priyanka Chopra in a still from Baywatch.

Coming back to PeeCee, doesn’t she look absolutely terrifying? Priyanka had earlier revealed that the role of the villain had actually been written for a man but when the filmmakers were introduced to her, they were just stunned and decided on modifying the character for her. “It was really exciting that they changed the role for me. You have to be a very strong character to take on ‘The Rock’ and entire lifeguard squad. They will be six whereas I am alone. It looked very cool to me,” Priyanka said.