Priyanka Chopra’s Hollywood debut film Baywatch is nearly here and while some fans are feeling quite positive about the movie, others seem to believe that it is just going to be a lazy, boring action-comedy. With such mixed responses, people are having a hard time deciding if it’s even worth watching. Look no further ’cause Priyanka has herself given out her review of her film. Here’s what she has to say.

In an interview with Zoom, Priyanka Chopra revealed that she has already seen the final cut of Baywatch and her reaction? She absolutely loved it! According to the desi girl, the film is “freaking funny” and that it is going to be a “big summer blockbuster.” 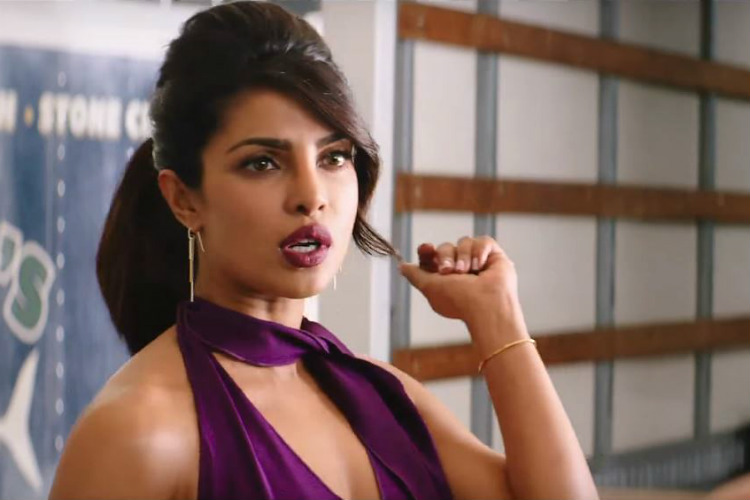 Priyanka Chopra’s character Victoria Leeds will be the villain of Baywatch.

“It’s a massive one. It’ll be a big summer blockbuster and it’s a good film. I’ve seen it. It’s just really freaking funny. It’s so funny. But please remember it’s rated R film. I don’t know what the certification in India will be, I’m presuming it’ll still be ‘A’,” Priyanka said. “But that’s the vibe of the film and that’s the world of the film. It’s a young movie, it’s about young people, doing young things,” she added.

Priyanka also told us a little more about her character, the villain named Victoria Leeds. “I guess my character is completely unnatural to the film, and that’s the beauty of her,” she said. She revealed that Victoria doesn’t like taking off her shoes at the beach or anything ’cause the diva doesn’t like to get sand between her toes. Priyanka also said that she only ever wears couture.

“So there’s this one scene in the film, it’s the funniest thing. When she has to get off the jeep, my character, somebody puts a stool in front of her so she can stand on it, because she’s that much of a diva.”

Baywatch, which is a reboot of the popular 90s show of the same name, will be releasing in India on June 2, a week after the US. The film also stars Dwayne “The Rock” Johnson, Zac Efron and Alexandra Daddario.