Vivek Oberoi has to wait a leetle bit longer to see if his Bollywood career can be resurrected again (or not). After the Supreme Court rejected a plea that demanded that PM Narendra Modi’s release be postponed till the elections are over, the Election Commission stepped up. They have deferred the release of the biopic, widely criticised to be a propaganda vehicle, till the end of the Lok Sabha polls. But before the announcement was made, a curious thing happened. 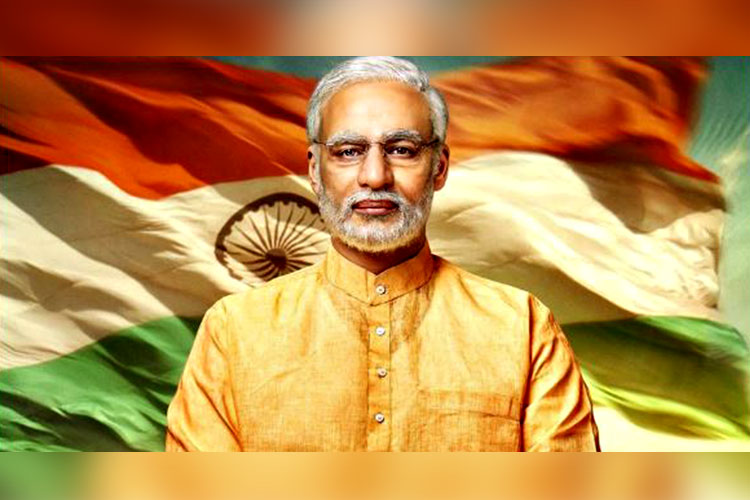 Somehow PM Narendra Modi ended up with a 10 out of 10 rating on IMDb. Since the announcement, the rating has either been removed or hidden from the main page on the website. But it still shows up when you search for the film’s IMDb rating on Google.

The user who goes by the moniker ‘singhsb-00513’ on IMDb must have been privy to some private screening that we don’t know about, eh?

Here’s a screenshot News18 posted of the IMDb rating that seems to have been removed or deactivated temporarily now. 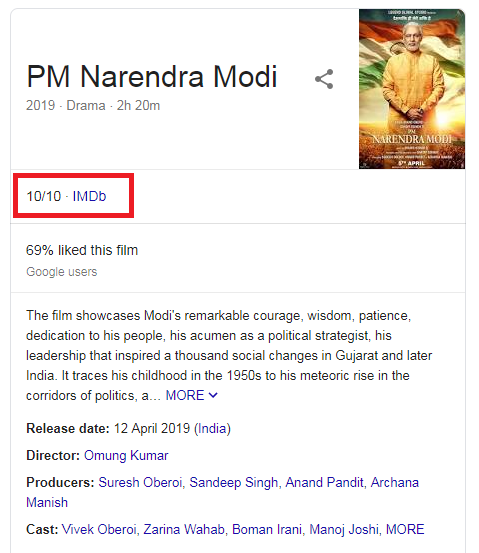 According to a report on The Indian Express, the commission stated, “Any biopic material in the nature of biography/hagiography sub-serving the purposes of any political entity or any individual entity connected to it, which is intended to, or which has the potential to disturb the level playing field during the elections, should not be displayed in electronic media including cinematograph during the operation of MCC.”

The EC has also written to the CBFC as well as the I&B Ministry that a retired Supreme Court judge or Chief Justice of High Court should henceforth vet every political electronic content, including films, for Model Code violation.