Ranbir Kapoor has witnessed mixed fortunes in his career since long time. Barring last Diwali release Ae Dil Hai Mushkil, his other films Bombay Velvet and Roy failed to leave a mark at the box office.

As of now, Ranbir is busy shooting for the biopic on Sanjay Dutt. Fans are eagerly waiting to watch him essaying the role of the veteran actor on the silver screen. While the viewers are waiting for the release, a new picture of Ranbir might add some excitement to their life.  Recently, his new avatar as old Sanjay Dutt left everyone surprised. Going by the picture, we bet that you have to check it twice to believe if he is Ranbir or Sanjay.

Earlier we got to see Ranbir flaunting long locks just like Sanjay sported in his younger days. And now with his this look, it seems he is shooting for the older look of Sanjay for Rajkumar Hirani directorial. For his role, he has undergone a huge transformation. From his look to copying Sanjay Dutt’s walk, Ranbir has tried every possible measure to get into the skin of the character.

Check out the picture here in which Ranbir is sporting a beard and grey hair. Dressed in a blue shirt, he completely nailed the look. 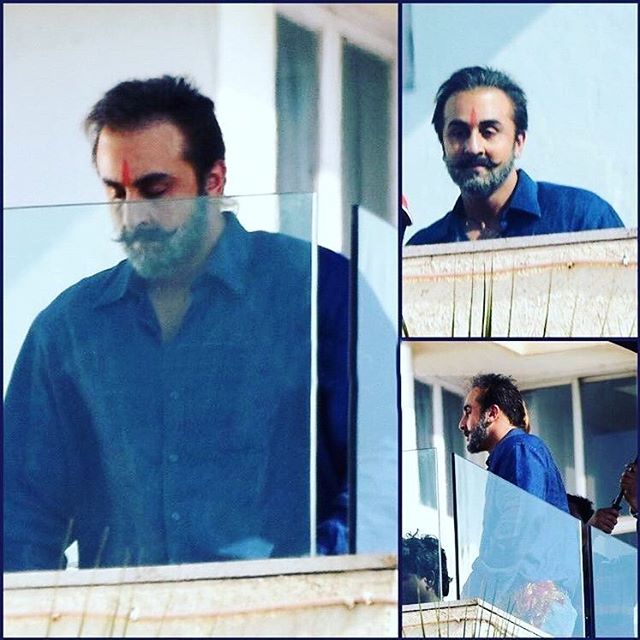 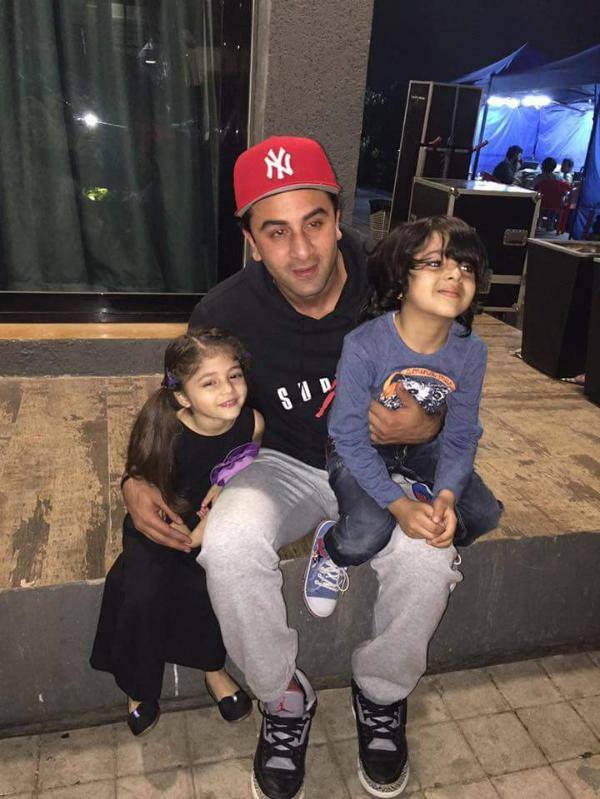 The film also stars Manisha Koirala as Nargis Dutt, Paresh Rawal as Sunil Dutt and Dia Mirza as Maanayata Dutt. Apart from them it also has Sonam Kapoor and Anushka Sharma in key roles.

Meanwhile, Ranbir is gearing up for his much-delayed project Jagga Jasoos. Directed by Anurag Basu, the film will also see his ex-girlfriend Katrina Kaif in lead.