The 89th edition of the Academy Awards concluded a short while ago but gave something to talk about for years to come. Making for a moment that might not be erased from memories of everyone who watched the event. Warren Beatty and co-presenter Faye Dunaway, goofed up at the last segment when they announced La La Land as the Best Picture. Just when the makers of La La Land were expressing gratitude on the win, it was revealed that Moonlight was the winner.

At this moment, everyone across the globe went ‘did that really happen?’. After the goof-up happened, the host of the evening Jimmy Kimmel caught up with Beatty and asked how it happened. Beatty said he was handed the wrong envelope.

“I opened the envelope and it said, ‘Emma Stone, La La Land. That’s why I took such a long look at Faye and then you. I wasn’t trying to be funny,” Warren reportedly told Kimmel. 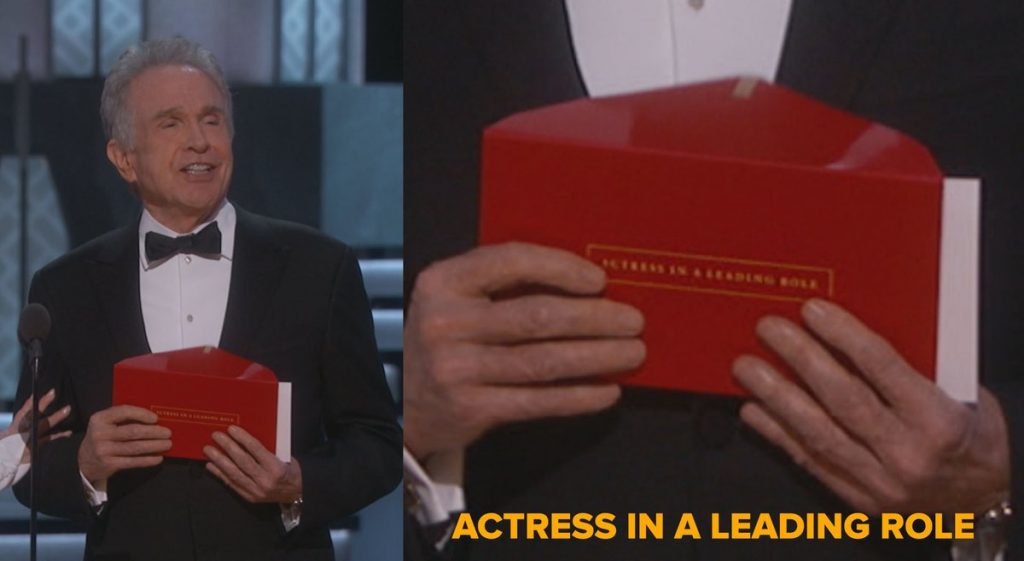 Just when producer Jordan Horowitz finished his speech about how he was proud of being a part of Hollywood, co-producer Fred Berger powered his speech and ended with “We lost by the way, but you know.”

Sensing the confusion that engulfed everyone present, Horowitz explained, “There was a mistake. Moonlight, you won Best Picture. This is not a joke.”

Soon enough, everyone flooded social media with their reactions to what they actually witnessed. But it was Jimmy Kimmel who brought in a lighter note to the awkwardness by saying it was all Steve Harvey’s fault.

“Let’s remember, it’s just an award show. We hate to see people disappointed, but at least we got to see some extra speeches,” Jimmy said.