Bollywood teachers are rarely ever human, they’re always a type. With few films focusing on students and the Indian education system let alone teachers, very rarely have we seen a 360 portrait of a teacher in a Hindi film. On Teacher’s Day, let’s look at all these types of teachers Bollywood has conjured up in the last 100+ years:

1. The Bully
In Amole Gupte’s Stanley Ka Dabba, Babubhai Verma a.k.a Khadoos, is a mercurial bigot (who probably spends too much time on Whatsapp) and is an outright caricature. He bullies Stanley (Partho Gupte) for outwitting him, and humiliates him for being the only one without a tiffin box. It’s to Gupte Sr’s credit that he manages to humanise this stereotype. Eventually, Babubhai Verma makes you wonder if he had experienced a similar deprivation in school, like Stanley does, and that’s as nuanced as you can expect Bollywood to be. 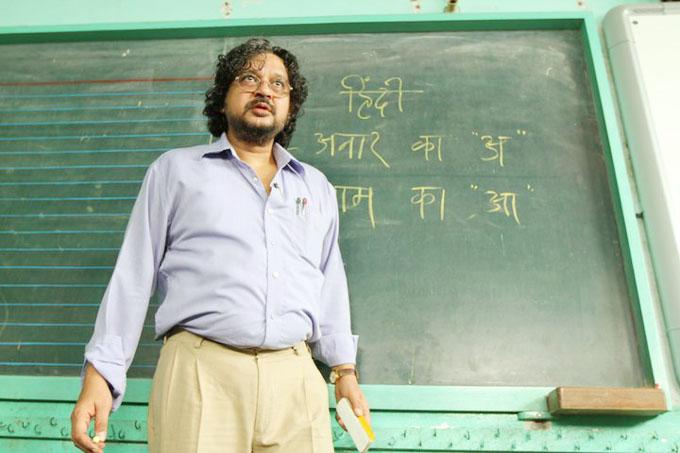 The predecessors of Khadoos is Boman Irani playing the roles of J Asthana & Viru Sahasrabuddhi in Munnabhai MBBS & 3 Idiots respectively. Both these performances have aged poorly, with Hirani painting them as necessary villains. Even though Asthana’s performance seemed adequate at the time, his pride and his stoicism seem like shades to antagonise Munna’s ‘message’ of empathy and kindness. His character in 3 Idiots is a lazier stereotype. He scowls and snarls at students with all the intensity of a mad scientist plotting a secret plan of world domination.

2. The Cool One
Starting from Gulzar’s Parichay, where a young Ravi Masterji (Jeetendra) wins over his bratty students, the ‘cool’ teacher became a popular trope in Bollywood. One of the most celebrated cool teacher we have had was Aamir Khan in Taare Zameen Par. And because he is cool, he has ‘cool hairstyle’, a sling bag matching the colour of his jacket and denims. He’s the hipster ‘Art teacher’ , who (of course!) he saves the day. Much like Aamir Khan, Naina Mathur overcomes her personal obstacles to uplift a class full of underprivileged students in Hichki. Mathur finds innovative solutions to bond with her kids, sidestepping much of the initial hostility. 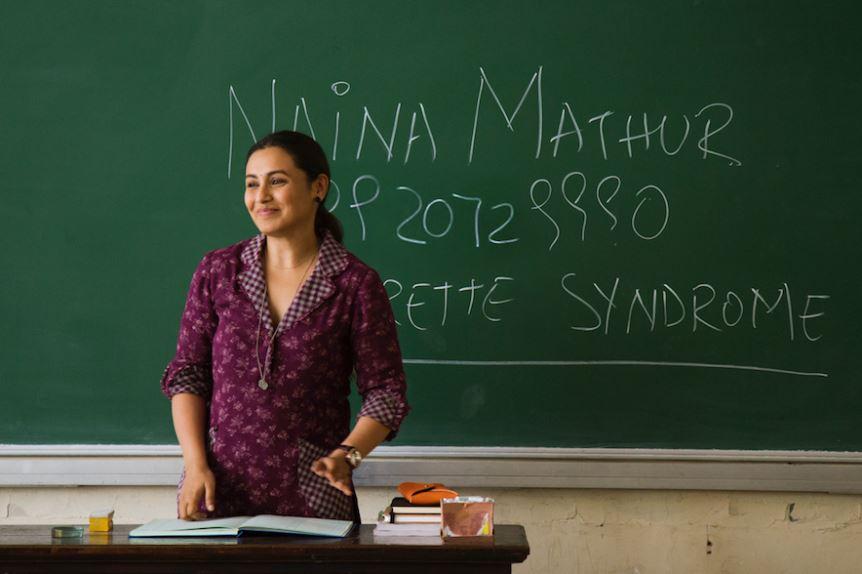 Special mention: Raj Aryan Malhotra in Mohabbatein is the epitome of the ‘cool teacher’, where he invites guests from the neighbouring girl’s hostel for his birthday. It’s only later we find out that he’s doing out of personal vengeance.

3. The Object Of Student’s Fantasies
Much before Farah Khan sexualised Sushmita Sen as a Chemistry teacher in Main Hoon Na, it was David Dhawan who made Anil Kapoor an object of his student’s (Karisma Kapoor) fantasy. In Andaz, Anil Kapoor is constantly objectified in dream sequences of Karisma Kapoor’s character, where he has to tickle her navel to the tune of Bappi Lahiri numbers, while the background dancers squirm in ecstasy. 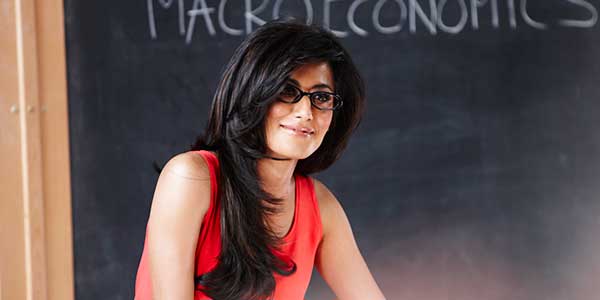 In Main Hoon Na, a significantly older-than-his-classmates Shah Rukh Khan shamelessly flirts with his teacher, and Farah Khan shows the audience exactly how bizarre his fantasies are. In chiffon sarees, in backless cholis splashing around ponds with pigeons flying all around her. There are also other stray incidents like in Desi Boyz, where Akshay Kumar sings an entire song for his Economics teacher, Chitrangada Singh. (Akshay Kumar in an Economics class lol, that’s a bunch of fantasy!)

4. The One With Tough Love
If Sanjay Leela Bhansali’s Black were to release today, Debraj Sahai’s character (Amitabh Bachchan) would definitely be a topic of a few debates. Are his ways eccentric? How far can he be allowed to go before rationalising it as ‘tough love’ for his students? The answers weren’t forthcoming, but Black did address (albeit awkwardly) the topic of sexual politics in the teacher-student relationship. 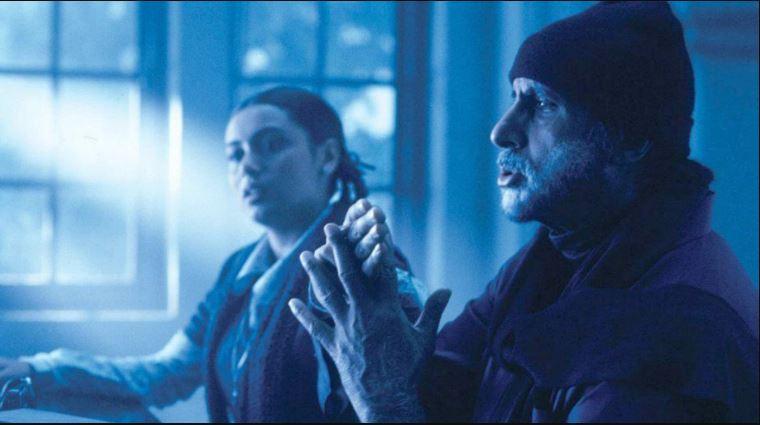 In Dangal, Mahavir Phogat (Aamir Khan) can be seen eager to micro-manage each aspect of his daughter’s sports career, which results in the stifled air in the Phogat family’s household… and also that conflict between Geeta (Fatima Sana Sheikh) and her father. In Shimit Amin’s Chak De India, Kabir Khan (Shah Rukh Khan) makes a few enemies with his ‘Hitler’ ways as the coach of the Indian national women’s hockey team. Everyone comes around though, when they realise that Sir Sahab‘s intentions are err… ‘golden’.

5. The Non-Glamorous One
Bollywood has even tried to peddle to us the ‘anti-cinematic’ side of a teacher, rooting stories in the ground reality. Teachers here, are chasing their monthly paychecks, are saddled with homework to check, battling the limitations of everyday life. They set out with the best of intentions, but the lack of infrastructure has caused them to rethink whether this uphill battle is even worth it. While Rishi Kapoor & Juhi Chawla are perfectly able ‘teacher’ characters in Do Dooni Chaar and Chalk n Duster respectively, it is Hrithik Roshan’s exaggerated Bihari accent, that takes away from his character’s rooted ways. Naseeruddin Shah in Nagesh Kukunoor’s Iqbal is beautifully fractured as the failed cricketer, Mohit. He finds redemption in helping his deaf/mute protege, Iqbal (Shreyas Talpade), don the Indian jersey. 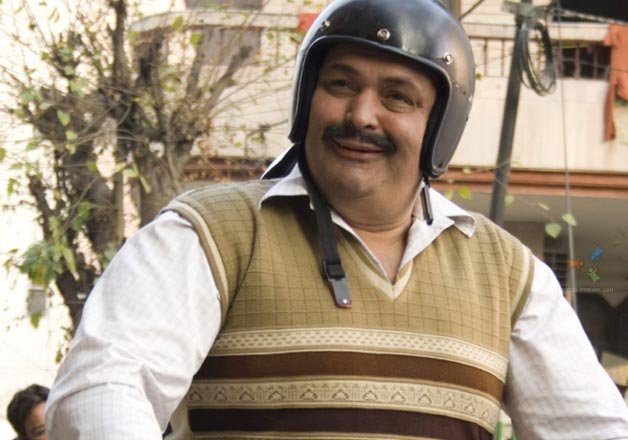 6. The Laughing Stock
Though Bollywood has nearly always treated teacher characters as a laughing stock, it does have a special kind of hostility towards the language teacher. Take for that matter, Bindu’s character in Main Hoon Na as Mrs Kakkad, she’s used purely as a comic relief. The jokes are how she mis-pronounces English words. 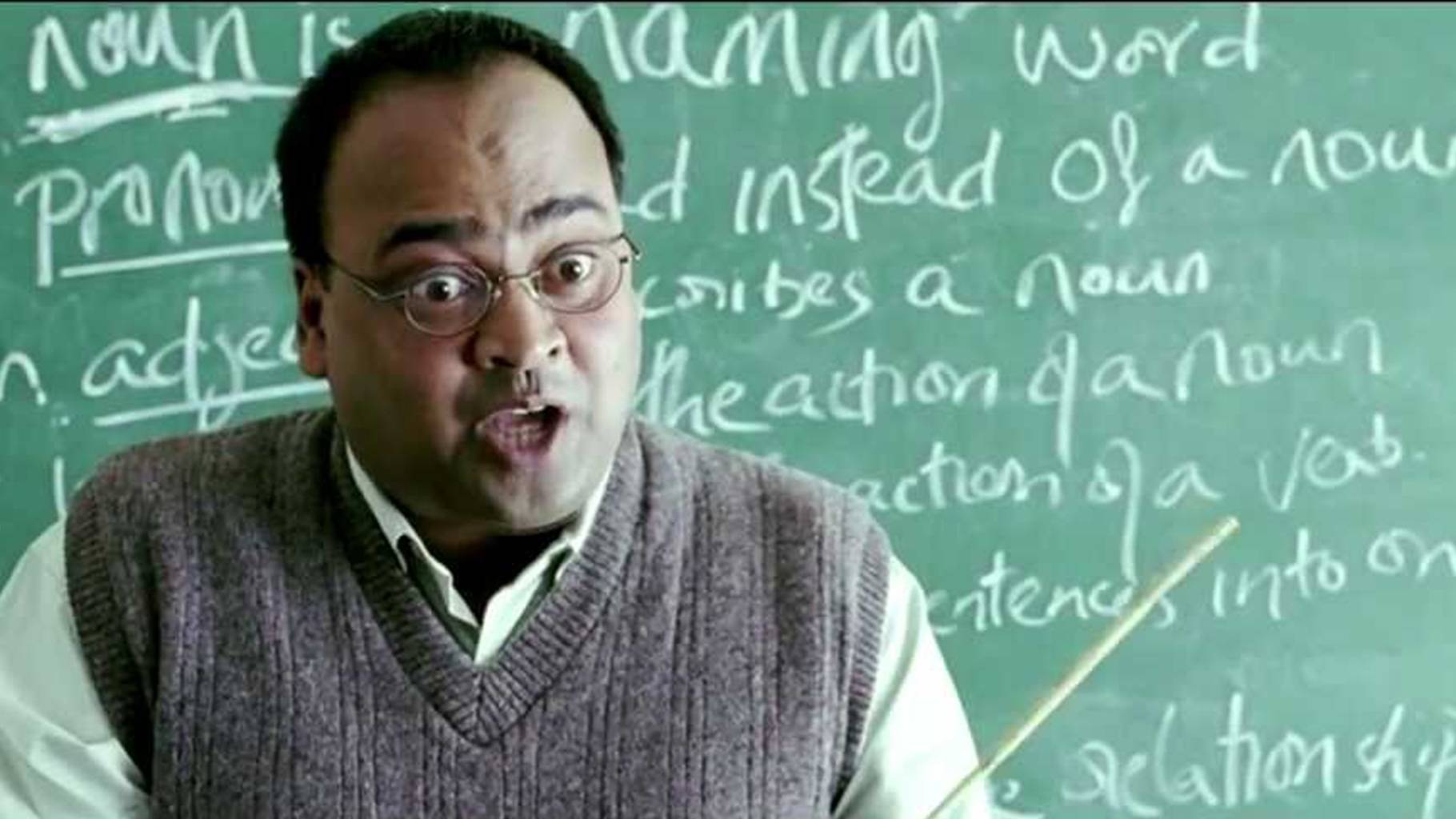 Similarly in Taare Zameen Par, we see English teacher – Mr Sen (Bugs Bharagava) and Mr Tiwari (Shankar Sachdev) without any of the nuance afforded to Aamir Khan by himself. They’re the villains, who beat children up, scream at them and have loud eccentricities that can mined for laughter. It’s fitting that Khan ends the film by drawing their caricatures, almost like he’s coming clean to the audience.

7. The Promiscuous One
Only recently, have we seen Bollywood taking the brave step of viewing teachers through the lens of being sexual beings. In Shlok Sharma’s Haraamkhor, Nawazuddin Siddiqui plays the role of Shyam Teacher, who is shown to be a repeat offender in getting promiscuous with his students. Even though this is a step forward, Shyam’s tendency is never fully explored like his lover’s (Shweta Tripathi) — who is shows to be acting like this because of Daddy issues. Similarly in Anurag Kashyap’s segment in Lust Stories, Kalindi (Radhika Apte) sleeps with one of her college students (Prakash Thosar) and then gets too attached to him… making her paranoid in the post #MeToo world. 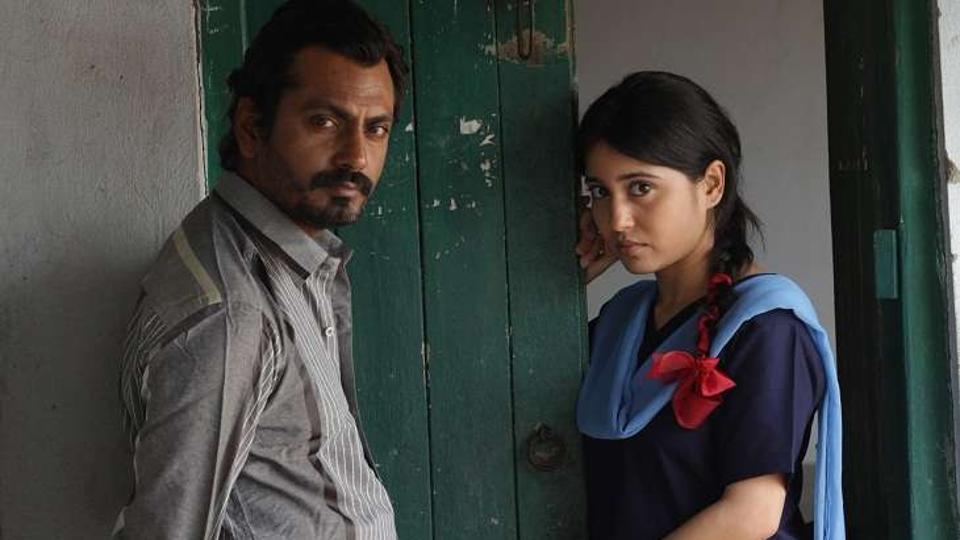 May Bollywood only go further and write even more complex teachers in the future.