Veteran actor Om Puri has been slammed by a section of the film fraternity for comments they say are insulting to Indian soldiers. 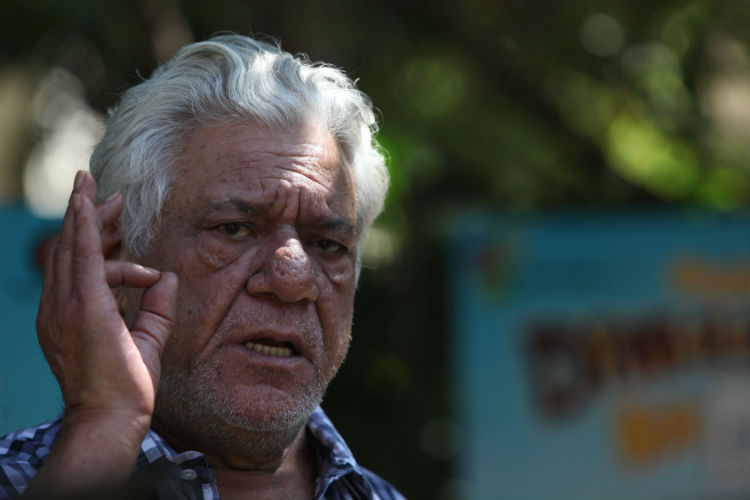 Filmmaker Ashoke Pandit and veteran actor Anupam Kher came out against Om Puri after he told a TV channel that nobody forced soldiers to join the army and people should ask whether India and Pakistan should become Israel and Palestine.

During a debate on a TV channel, Om Puri said on Monday: “Did we force them to join the army? My father was also in the army… We are proud of them (soldiers)… I am asking you: Do you want India and Pakistan to become Israel and Palestine?

“I don’t give a damn to Salman Khan or some other Khan… Go to Modiji (Prime Minister Narendra Modi) and cancel their (Pakistani actors’) visas. Prepare 15-20 people as suicide bombers and send them to Pakistan.” Reacting to his comment, Pandit tweeted: “Om Puriji, Pak artistes banned isn’t a solution, but show of solidarity to our martyrs. We can’t be lighting pyres while continuing to perform with them.”

Anupam also wrote that he respects Om a lot, but said watching him on the TV show and hearing his views related to Indian soldiers was “very sad”.

Actress Meerra Chopra wrote: “All respect lost for Om Puri! What a shame.”

All respect lost for #ompuri! Wat a shame. https://t.co/Bqf6p7QAph

Folk singer Malini Awasthi tweeted: “What a shame Om Puri! Heard him on TV and I couldn’t believe my ears. What a disgrace! Just lost all respect as an actor.” Om Puri visited Pakistan in August to promote the Pakistani film “Actor in Law”, in which he plays a key role.