Shraddha Kapoor and Aditya Roy Kapoor’s upcoming film OK Jaanu has in the news since its announcement and now it is the very first song of the movie that is making headlines. The Humma Song released today is simply amazing. The song will definitely remind you of the original track which was sung by A.R. Rahman.

Shraddha and Aditya’s sizzling chemistry in the song will remind you of their Aashiqui days but in a more funny and youthful way. It is not only Shraddha and Aditya’s sizzling chemistry that makes this movie special but also the names associated with it. Directed by Shaad Ali, OK Jaanu is a Hindi remake of Mani Ratnam’s Tamil blockbuster O Kadhal Kanmani and is co-produced by Karan Johar. While A.R. Rahman has composed the music for the film to Gulzar’s lyrics. 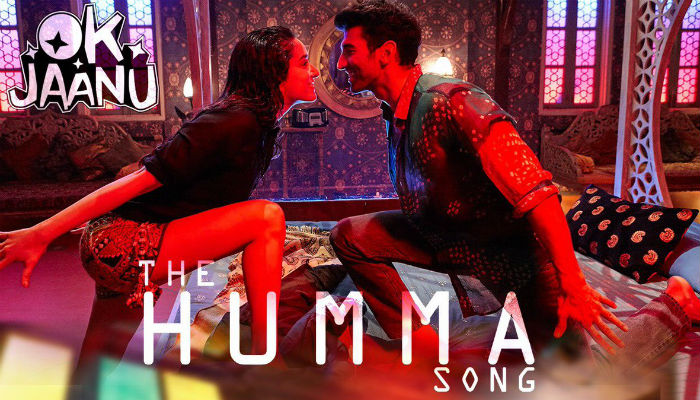 There is no doubt about it that the song will be compared to the original track and this is what Rapper Badshah has to say about it:

There is pressure. It’s my rendition, the mood of the song is different. I know there will be comparisons but it’s ok. I have done my best. It has turned out beautiful.

The first poster of the film created a lot of buzz and the trailer was highly appreciated by everyone in the film industry. Shraddha Kapoor also kept her fans updated about OK Jaanu by constantly sharing either the posters or the launch dates of songs and movies.

The actress on Thursday took to Twitter and shared the song with her fans 12 minutes early of its scheduled launch time. She wrote:

This new version of The Humma Song is surely going to be the biggest chartbuster and when maestros like A.R. Rahman and Gulzar are working on the music what less do you expect!

The movie is releasing on January 13 next year.