There’s bad news for Priyanka Chopra and her fans. Chopra, who is the first ever Indian mainstream actor to headline an American TV series abroad, will not be returning onscreen as Alex Parrish anymore. ABC has pulled the plug on Quantico and several other shows due to low ratings, say reports. Quantico, which is about an FBI agent who tries to survive in a world full of political intrigues, is currently in its third season, which premiered in April. So yeah. No season four, y’all. Sorry. 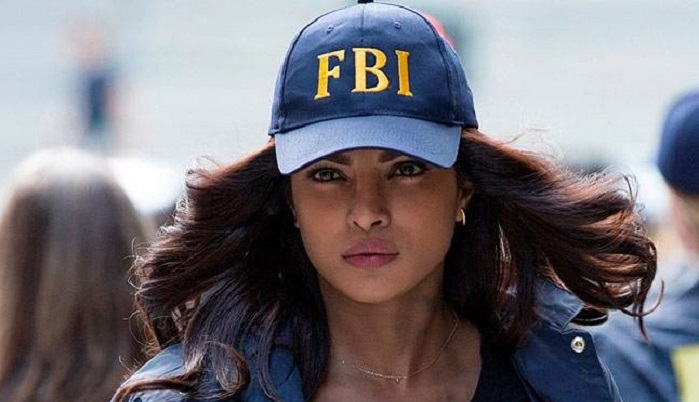 As per reports, Designated Survivor and Lucifer too have been cancelled. While Brooklyn Nine-Nine was cancelled by ABC, but after massive public outcry has been picked by NBC. As per Variety, the decision is influenced by the fact that “Quantico is averaging a 0.5 rating in the 18-49 demo and 2.3 million total viewers”. The ratings have been compiled by Nielsen and happen to include live as well as ‘same day’ numbers.

Kiefer Sutherland’s Designated Survivor has met the same fate as the Bajirao Mastani actor’s show. DS, which is about a Cabinet minister’s meteoric rise to becoming POTUS has apparently been cancelled of ‘logistical’ issues.

ABC, which was clearly in a brutal mood has also cancelled The Crossing, Alex,Inc, The Mayor and Kevin (Probably) Saves the World.

What is even coming back on TV you ask? Modern Family, Grey’s Anatomy, Roseanne, Speechless, The Good Doctor and The Goldbergs.

In the meantime, since news of Quantico being cancelled has become public, Kal Penn has tweeted at Priyanka, suggesting they do a film together. Obviously, the answer has been in the affirmative.

Looks like we have something to look forward to after all. Besides A Kid Like Jake and Isn’t It Beautiful, that is.