Filmmaker Ekta Kapoor, who sets a new benchmark on the Indian television space, is now experimenting the digital space via her app ALTBalaji. She launched a slate of five shows on Thursday. Ekta was here in New Delhi with actors Nimrat Kaur, Rajkummar Rao, Ram Kapoor, Sakshi Tanwar and filmmakers Hansal Mehta and Nagesh Kukunoor, giving a dekko of the talent and variety that one must expect from the platform starting April 16.

Coming up on the slate is; Karrle Tu Bhi Mohabbat — a breezy and feel-good story of an actor and his doctor, Boygiri – Men will be Men — a comedy drama about youngsters and their fantasies, The Test Case about a woman army officer in a combat role and Dev DD on a rebellious girl’s journey with love, passion, heartbreak, sex, self-destruction and redemption.

There’s also Romil and Jugal, a gay love story and its trials and tribulations.

Analysing the content on offer, Ekta said: “Hopefully there’s something for everyone. There’s a big world between ‘Narcos’ and ‘Naagin’, and we hope to capture that.”

Ekta, who is the Joint Managing Director and Creative Director of Balaji Telefilms, said the idea to bring out content different from her signature shows like Kyunki Saas Bhi Kabhi Bahu Thi and Kahaani Ghar Ghar Ki first emerged when they came up with ALT Entertainment. And under that, a film like Love Sex Aur Dhokha. 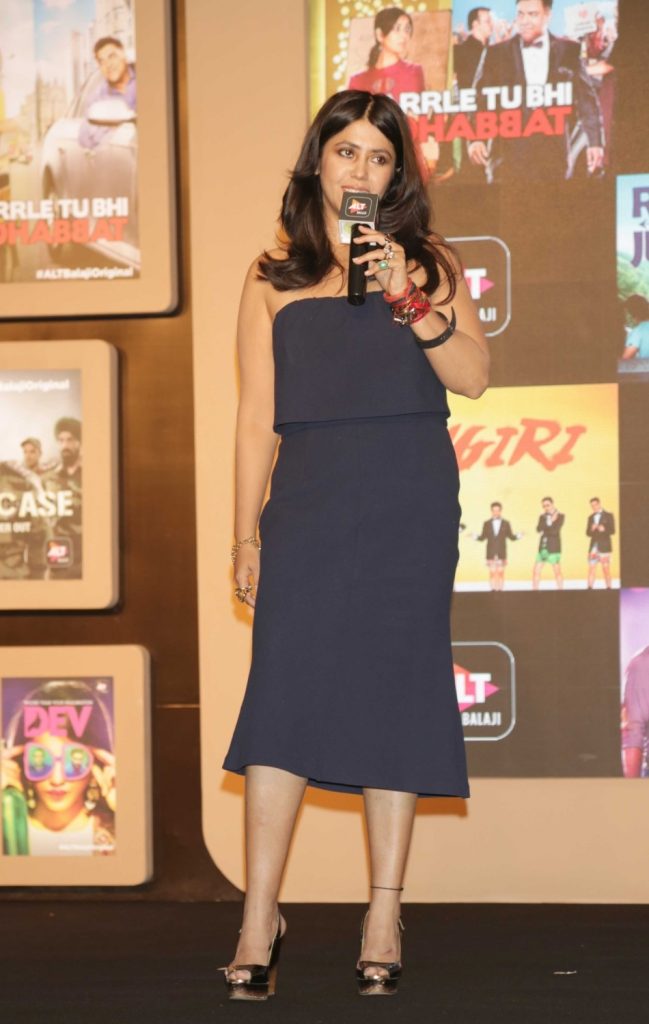 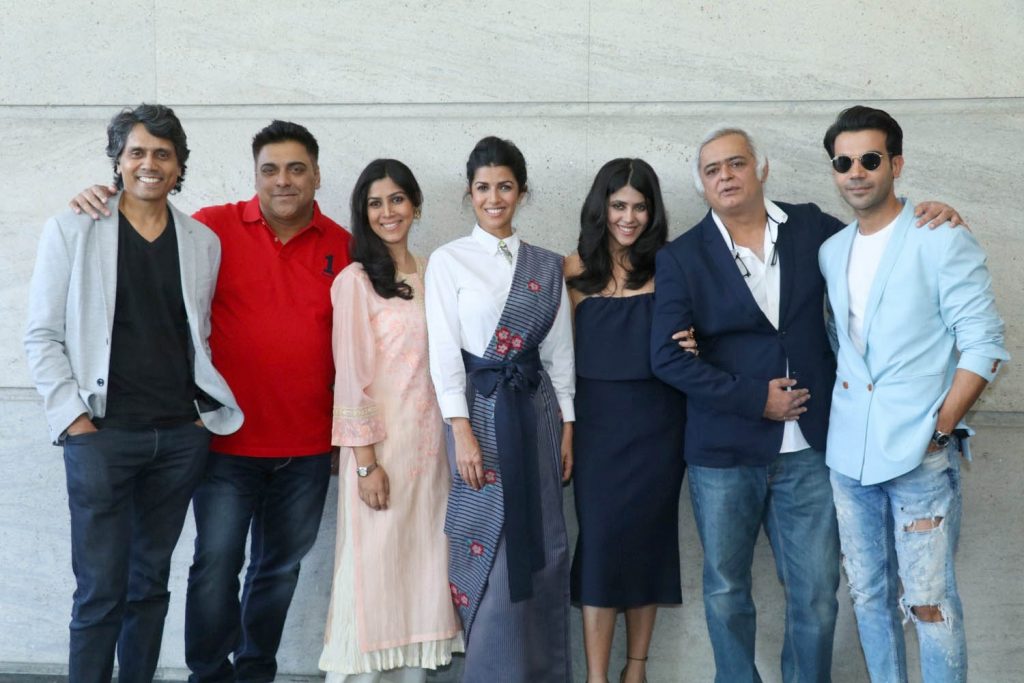 “ALT was an idea that came into being when Balaji Telefilms, which is known for family entertainment, decided to come up with clutter-breaking content. We felt Balaji Telefilms meant family viewing, home viewing of non-offensive or non-questionable content, which is not always a good thing.

“So we came up with ALT Entertainment. ALT because when you press ALT on your keyboard, a whole new signage comes out,” she said, pointing out the different language that the characters and storylines speak vis-a-vis conventional shows on TV or films.

If the trailers of most of the five shows were to be put out in a theatre or on TV, there would perhaps be more beeps than dialogues. But that’s the liberty the digital space gives.

“It’s for personal viewing,” Ekta said, adding that content is her only strategy to compete in the digital app market, which has players like Hotstar, VOOT, Sony LIV, Netflix and Amazon Prime Video at the moment.

There is a sense of relief she gets from web series.

“My biggest source of relief and enjoyment is that I am getting to do 20 episodes for the first time. I used to feel tired when I was doing 1,000 episodes for some of my shows,” quipped Ekta, adding that 95 per cent of shows stretch only to 10 episodes.

For now, their plan is to unleash 32 shows in the first year. And these aren’t just going to be in Hindi.

“There will also be shows in Bengali, Gujarati and Tamil,” said Nachiket Pantvaidya, CEO of ALT Digital Media Entertainment.