Megha Ramaswamy’s What Are The Odds spells out its intentions in the very first scene of the film. The always-charming Abhay Deol is standing near a beach, with a pup in his hand, where he tells us to brace ourselves for this gair-mamooli (unusual) story of a boy meets girl. It’s an unusual word for Hindi cinema’s lexicon, and even more unusual way to begin a film that’s largely in English. So much so that it might even appear as a retrospective measure to ease the audience into a story that takes time to find its feet. What better way than to employ Abhay Deol as the narrator to warn us about the story’s gair-mamooliness, as we try to make sense of the (same old?) swift cuts between the montages of our story’s two primary characters, as they wake up and get ready for school.

15-year-old Vivek (a perpetually teenage-looking Yashaswini Dayama), is the odd girl in class who throws around words like ‘revolution’ and ‘propaganda’ without necessarily meaning it. 18-year-old Ashwin (Karavir Malhotra), is the typical nerdy ‘head boy’ who (probably) chews his food 32 times before swallowing, and tries to sneak into an exam hall to get a look at a question paper he hasn’t been allowed to sit for. While we’re at the school, it probably warrants a mention that writer-directors could probably do better to come up with a half-decent trigger for stories. For a film that rests on these two characters not being able to sit for an exam, and thus spending the day together, Ramaswamy’s trigger is so unabashedly contrived… it’s hard to imagine that it happened in an Indian school. Two teenagers leaving an exam-center without any teacher asking any questions, except for one caricatured teacher shoo-ing them away, seems highly improbable.

Missing out on a ‘Hindi scholarship exam’, the two teenagers escape school and make their way through a bar (called Baar Bar), prevent a suicide, learn about each other’s partners, bury a pet, and in one of the most ‘eccentric’ manner possible… get jailed for trying to free caged birds and animals. It’s about youth adventure, it’s about coming-of-age, it’s probably also about shining a light on what is ‘weird’ and could also be ‘magical’. But the overwhelming aesthetic of the film, that looks a quarter portion Wes Anderson and three-quarter portions of a Prateek Kuhad music video, seems to be quashing any sincerity in the film’s message. It’s pretty to look at, but the aesthetic can hardly compensate for the flimsy emotional core.

Apart from the two teenage characters, Ramaswamy’s film casts Abhay Deol and Priyanka Bose as the respective partners for Vivek and Ashwin. Abhay Deol is Val, the lead singer for an outfit calling themselves ‘The Kapoors’. Priyanka Bose is an avant-garde artist, who seems to be pushing the boundaries of art and science at the same time. Co-produced by Abhay Deol, who, for the record, definitely should do something about his unchanging physicality since Happy Bhag Jaayegi (2016). That same hair, the same charm that won us over in Oye Lucky Lucky Oye (2008), that effortless smirk. Maybe someone should tell him that he can’t do it all by himself, definitely not sing. Deol’s lack of musicality is all too visible, especially when he’s standing beside Paresh Kamath. 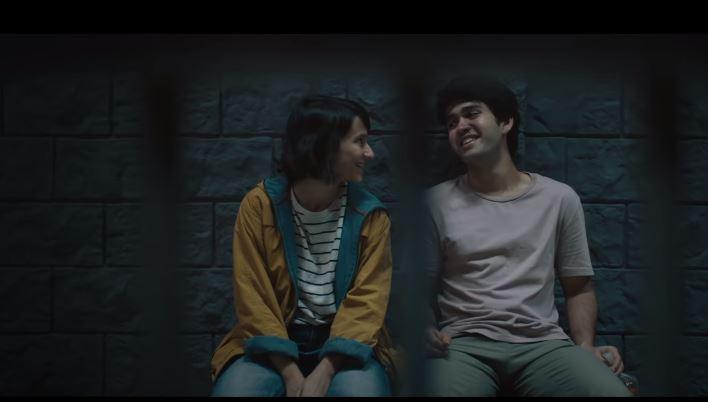 What Are The Odds is reminiscent of another Netflix film, Brie Larson-starrer, Unicorn Store. The 2017 film, also Larson’s debut as director, was at least sincere in its pursuit of ‘magic’ through the eyes of its eccentric protagonist. Ramaswamy’s film, on the other hand, has too many loose threads to be considered as a single yarn. The quirk is only for effect beyond a point, as the film limps towards its conclusion in its 85th minute, after which the credits follow.

As the world drags itself deeper into cynicism, the message at the core of Megha Ramaswamy’s What Are The Odds, to show us the magic in everyday life, is a noble one. But the film doesn’t possess the requisite vocabulary to sell its adventure. After all, even the most fantastical adventures need some grounded conflicts.